A teenage girl is seduced by a gangster into a life of crime. With bonus scare film 'Last Date'. 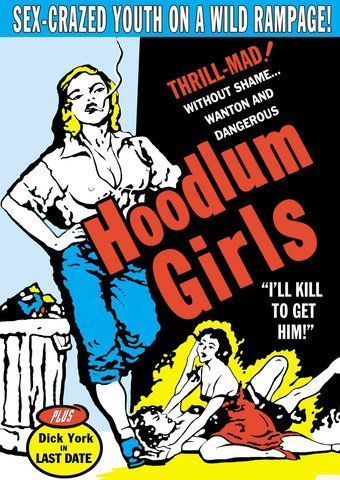 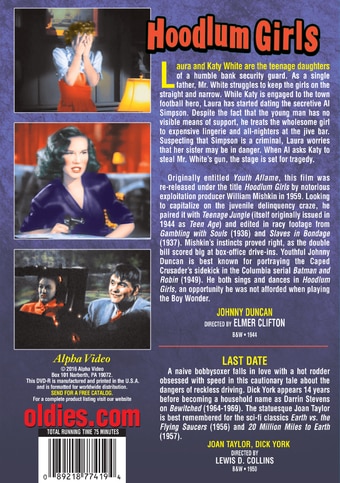 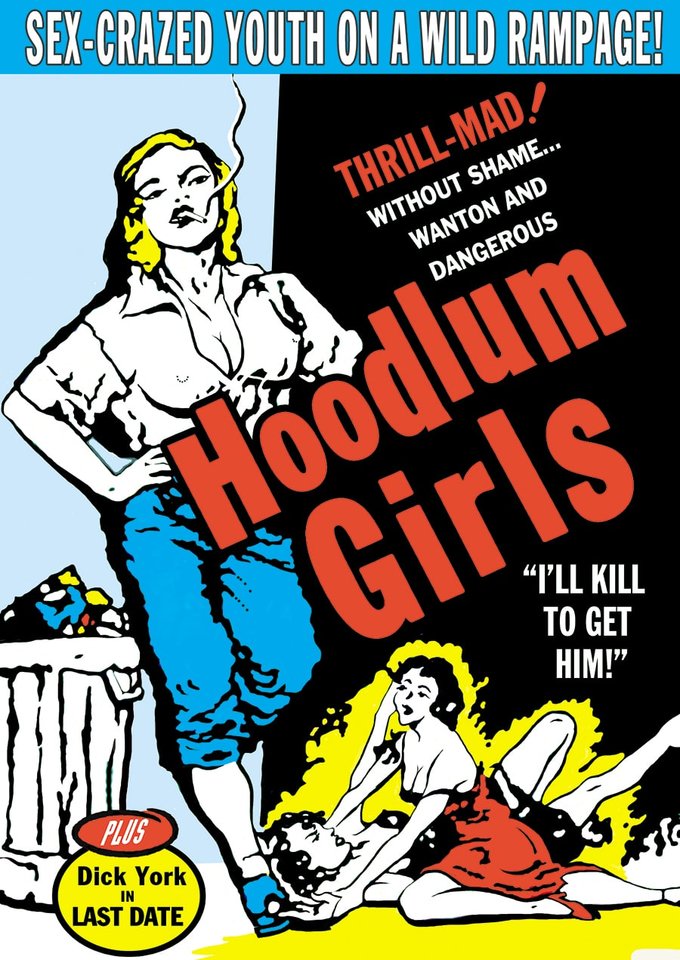 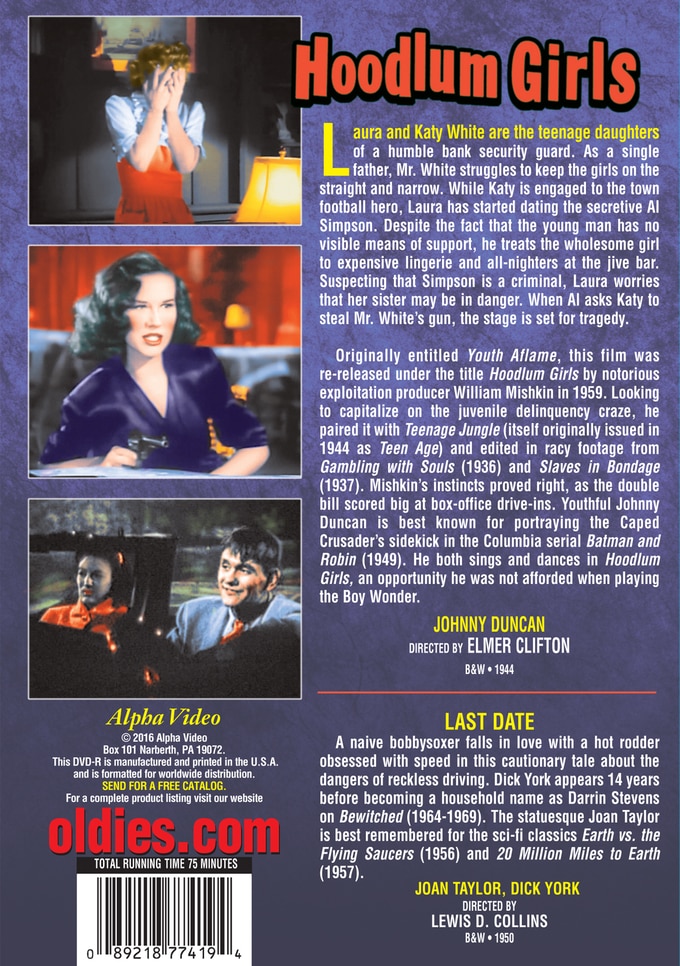 Laura and Katy White are the teenage daughters of a humble bank security guard. As a single father, Mr. White struggles to keep the girls on the straight and narrow. While Katy is engaged to the town football hero, Laura has started dating the secretive Al Simpson. Despite the fact that the young man has no visible means of support, he treats the wholesome girl to expensive lingerie and all-nighters at the jive bar. Suspecting that Simpson is a criminal, Laura worries that her sister may be in danger. When Al asks Katy to steal Mr. White's gun, the stage is set for tragedy.

Originally entitled Youth Aflame, this film was re-released under the title Hoodlum Girls by notorious exploitation producer William Mishkin in 1959. Looking to capitalize on the juvenile delinquency craze, he paired it with Teenage Jungle (itself originally issued in 1944 as Teen Age) and edited in racy footage from Gambling with Souls (1936) and Slaves in Bondage (1937). Mishkin's instincts proved right, as the double bill scored big at box-office drive-ins. Youthful Johnny Duncan is best known for portraying the Caped Crusader's sidekick in the Columbia serial Batman and Robin (1949). He both sings and dances in Hoodlum Girls, an opportunity he was not afforded when playing the Boy Wonder. Directed by Elmer Clifton.

BONUS: Last Date (1950): A naive bobbysoxer falls in love with a hot rodder obsessed with speed in this cautionary tale about the dangers of reckless driving. Dick York appears 14 years before becoming a household name as Darrin Stevens on Bewitched (1964-1969). The statuesque Joan Taylor is best remembered for the sci-fi classics Earth vs. the Flying Saucers (1956) and 20 Million Miles to Earth (1957). Directed by Lewis D. Collins.