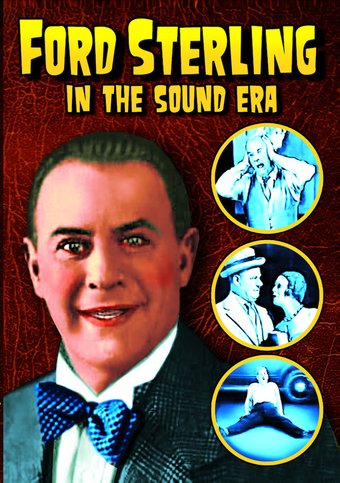 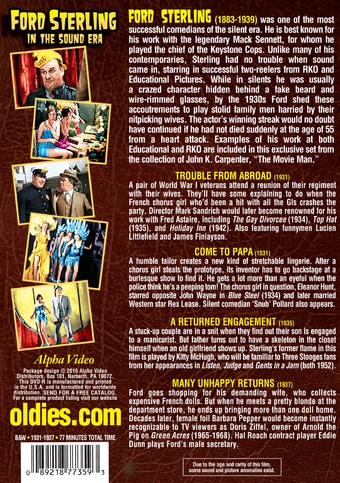 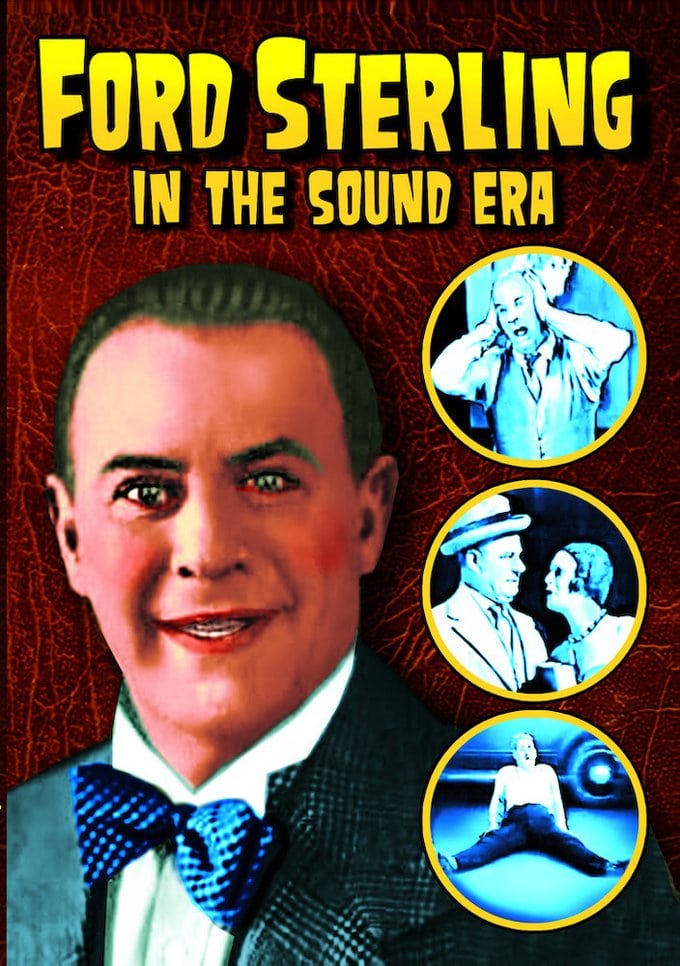 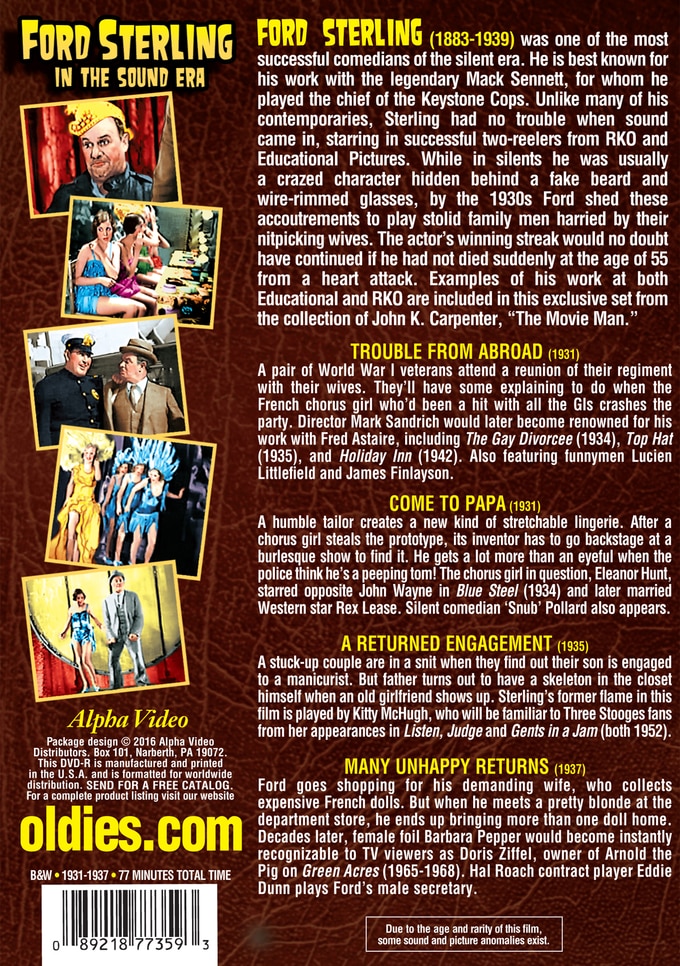 Ford Sterling (1883-1939) was one of the most successful comedians of the silent era. He is best known for his work with the legendary Mack Sennett, for whom he played the chief of the Keystone Cops. Unlike many of his contemporaries, Sterling had no trouble when sound came in, starring in successful two-reelers from RKO and Educational Pictures. While in silents he was usually a crazed character hidden behind a fake beard and wire-rimmed glasses, by the 1930s Ford shed these accoutrements to play stolid family men harried by their nitpicking wives. The actor's winning streak would no doubt have continued if he had not died suddenly at the age of 55 from a heart attack. Examples of his work at both Educational and RKO are included in this exclusive set from the collection of John K. Carpenter, "The Movie Man."

Trouble From Abroad (1931): A pair of World War I veterans attend a reunion of their regiment with their wives. They'll have some explaining to do when the French chorus girl who'd been a hit with all the GIs crashes the party. Director Mark Sandrich would later become renowned for his work with Fred Astaire, including The Gay Divorcee (1934), Top Hat (1935), and Holiday Inn (1942). Also featuring funnymen Lucien Littlefield and James Finlayson.

Come To Papa (1931): A humble tailor creates a new kind of stretchable lingerie. After a chorus girl steals the prototype, its inventor has to go backstage at a burlesque show to find it. He gets a lot more than an eyeful when the police think he's a peeping tom! The chorus girl in question, Eleanor Hunt, starred opposite John Wayne in Blue Steel (1934) and later married Western star Rex Lease. Silent comedian 'Snub' Pollard also appears.

A Returned Engagement (1935): A stuck-up couple are in a snit when they find out their son is engaged to a manicurist. But father turns out to have a skeleton in the closet himself when an old girlfriend shows up. Sterling's former flame in this film is played by Kitty McHugh, who will be familiar to Three Stooges fans from her appearances in Listen, Judge and Gents in a Jam (both 1952).


As stated already this is a nice selection of Ford Sterlings work during the talkie era. I seem to have seen these stories before with Leon Errol taking the Sterling role of exasperated and embarrassed husband but they are just as enjoyable. Print quality isn't great but this is put into perspective when knowing that this is the only way these films can be owned on DVD.


The films in this collection show their age, but they are very rare and very watchable.

John "The Movie Man" Carpenter did a fine job putting this collection together.

If you're a fan of silent and early sound comedies or rare films, this collection is highly recommended.