Four episodes of this rare cartoon classic about a heroic scientist and his amazing undersea vehicle. 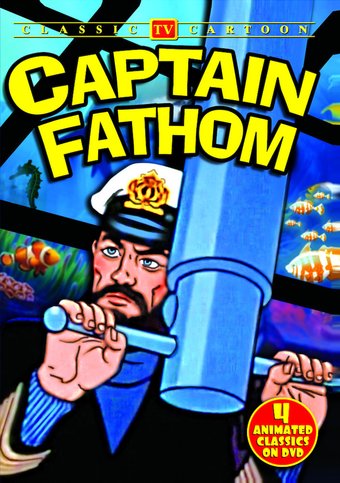 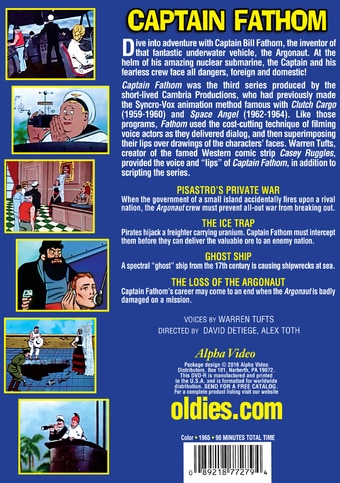 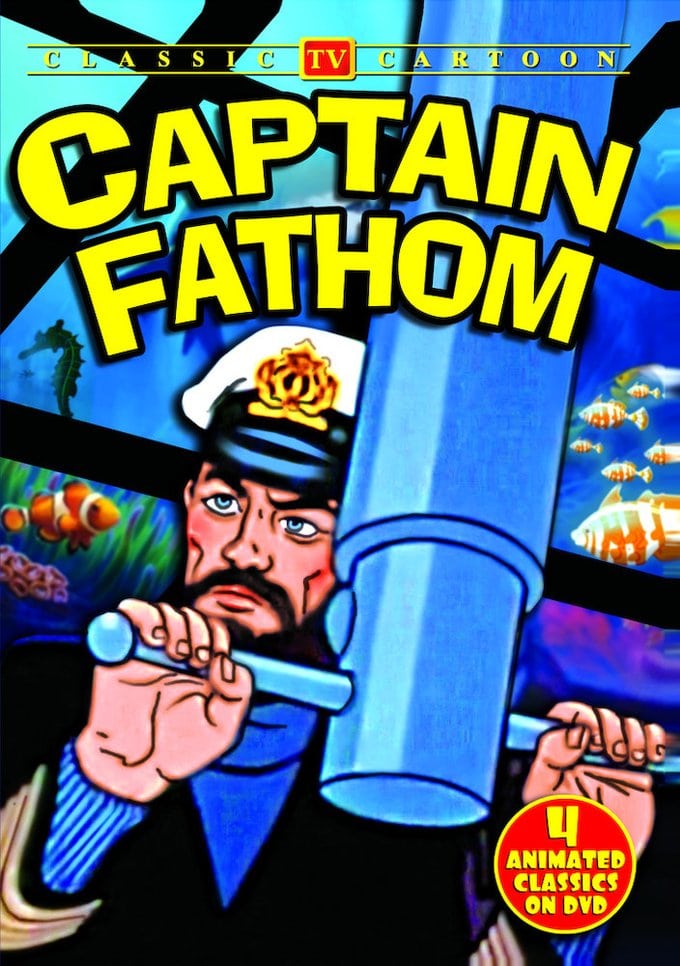 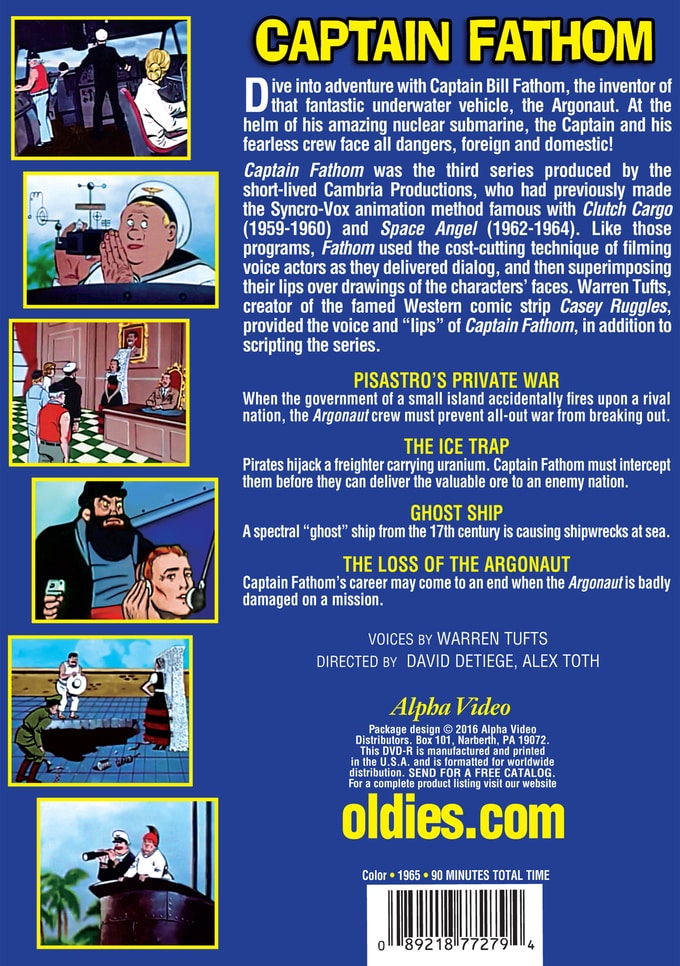 Dive into adventure with Captain Bill Fathom, the inventor of that fantastic underwater vehicle, the Argonaut! At the helm of his amazing nuclear submarine, the Captain and his fearless crew face all dangers, foreign and domestic!

Captain Fathom was the third series produced by the short-lived Cambria Productions, who had previously made the Syncro-Vox animation method famous with Clutch Cargo (1959-1960) and Space Angel (1962-1964). Like those programs, Fathom used the cost-cutting technique of filming voice actors as they delivered dialog, and then superimposing their lips over drawings of the characters' faces. Warren Tufts, creator of the famed Western comic strip Casey Ruggles, provided the voice and "lips" of Captain Fathom, in addition to scripting the series.

PISASTRO'S PRIVATE WAR: When the government of a small island accidentally fires upon a rival nation, the Argonaut crew must prevent all-out war from breaking out.

THE ICE TRAP: Pirates hijack a freighter carrying uranium. Captain Fathom must intercept them before they can deliver the valuable ore to an enemy nation.

GHOST SHIP: A spectral "ghost" ship from the 17th century is causing shipwrecks at sea.

THE LOSS OF THE ARGONAUT: Captain Fathom's career may come to an end when the Argonaut is badly damaged on a mission.

MC Frontalot
Net Split, or the Fathomless Heartbreak of Online Itself
$15.70
Add to Cart