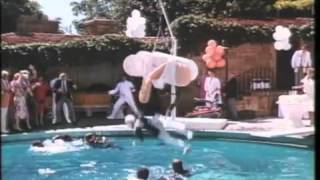 The Fat Boys, one of the hottest rap groups today, star as indescribably incompetent orderlies hired to care for an irascible, bedridden Palm Beach millionaire. The ailing man's nephew hopes the Boys ineptitude spells curtains for the old codger, leaving him the bucks.

A compulsive gambler must pay his debts to a sinister gangster by killing his uncle. unfortunately, his uncle is under the bungling care of three orderlies -- the fat boys.