Under the Red Sea

A world-famous diver and his female assistant uncover the secrets of the Red Sea in this rare documentary. Plus bonus short "Life Under the Sea" (1971). 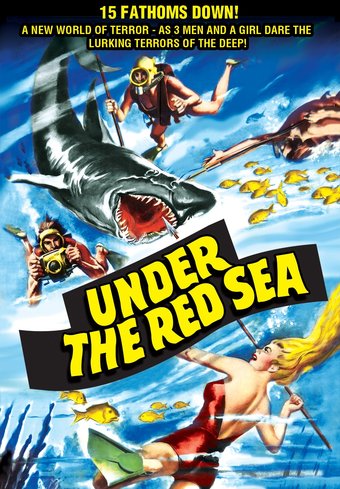 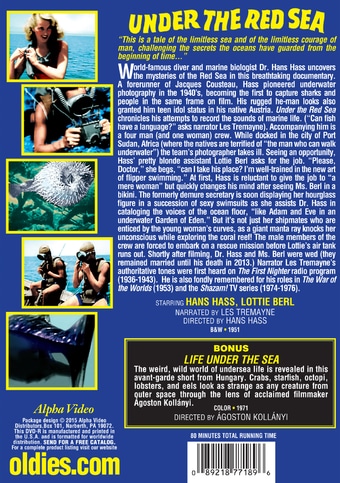 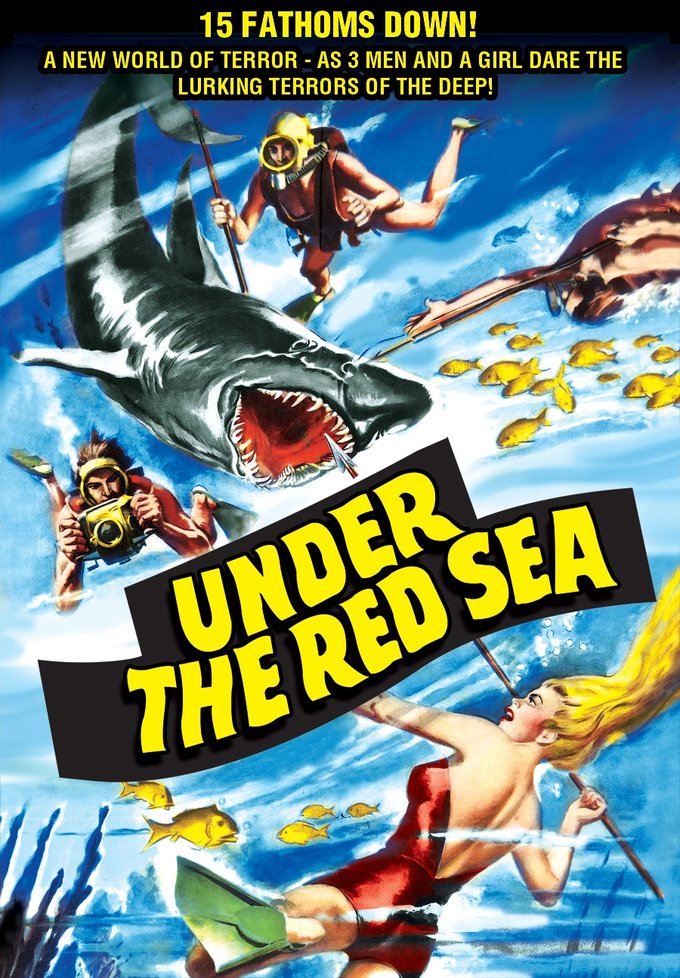 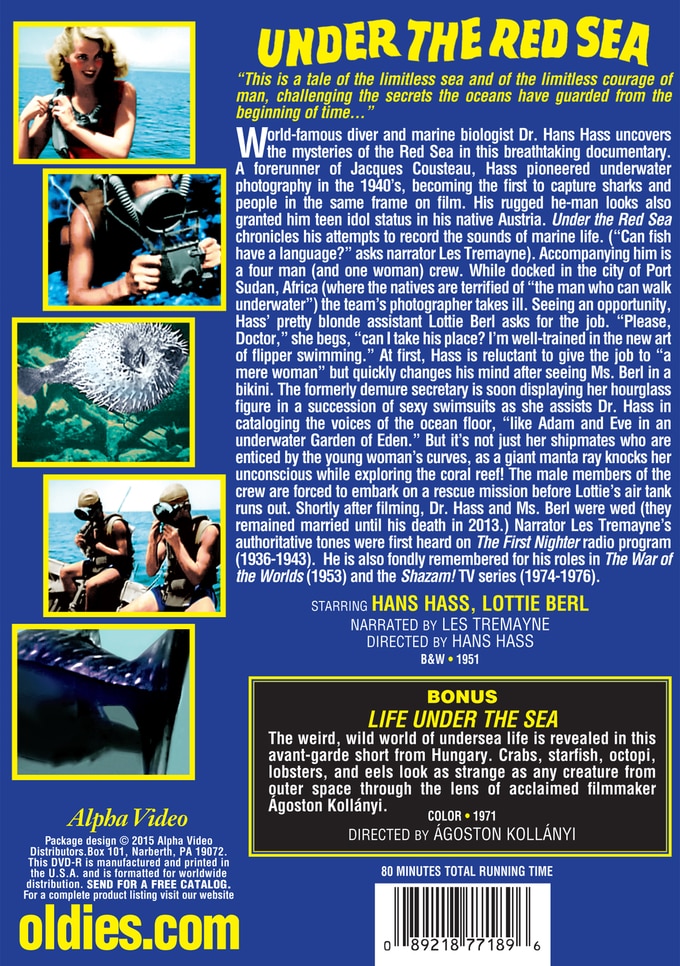 World-famous diver and marine biologist Dr. Hans Hass uncovers the mysteries of the Red Sea in this breathtaking documentary. A forerunner of Jacques Cousteau, Hass pioneered underwater photography in the 1940's, becoming the first to capture sharks and people in the same frame on film. His rugged he-man looks also granted him teen idol status in his native Austria. Under the Red Sea chronicles his attempts to record the sounds of marine life. ("Can fish have a language?" asks narrator Les Tremayne.) Accompanying him is a four man (and one woman) crew. While docked in the city of Port Sudan, Africa (where the natives are terrified of "the man who can walk underwater") the team's photographer takes ill. Seeing an opportunity, Hass' pretty blonde assistant Lottie Berl asks for the job. "Please, Doctor," she begs, "can I take his place? I'm well-trained in the new art of flipper swimming." At first, Hass is reluctant to give the job to "a mere woman" but quickly changes his mind after seeing Ms. Berl in a bikini. The formerly demure secretary is soon displaying her hourglass figure in a succession of sexy swimsuits as she assists Dr. Hass in cataloging the voices of the ocean floor, "like Adam and Eve in an underwater Garden of Eden." But it's not just her shipmates who are enticed by the young woman's curves, as a giant manta ray knocks her unconscious while exploring the coral reef! The male members of the crew are forced to embark on a rescue mission before Lottie's air tank runs out. Shortly after filming, Dr. Hass and Ms. Berl were wed (they remained married until his death in 2013.) Narrator Les Tremayne's authoritative tones were first heard on The First Nighter radio program (1936-1943). He is also fondly remembered for his roles in The War of the Worlds (1953) and the Shazam! TV series (1974-1976). Starring Hans Hass and Lottie Berl. Narrated by Les Tremayne. Directed by Hans Hass.

BONUS: Life Under The Sea (Color, 1971): The weird, wild world of undersea life is revealed in this avant-garde short from Hungary. Crabs, starfish, octopi, lobsters, and eels look as strange as any creature from outer space through the lens of acclaimed filmmaker Ágoston Kollányi.

Animals | Documentary | Nature
This product is made-on-demand by the manufacturer using DVD-R recordable media. Almost all DVD players can play DVD-Rs (except for some older models made before 2000) - please consult your owner's manual for formats compatible with your player. These DVD-Rs may not play on all computers or DVD player/recorders. To address this, the manufacturer recommends viewing this product on a DVD player that does not have recording capability.