William S. Hart steps out of the Wild West to play a factory foreman who leads a revolt against unsafe working conditions in this silent melodrama. Plus bonus short; "The Taking of Luke McVane" (1915). 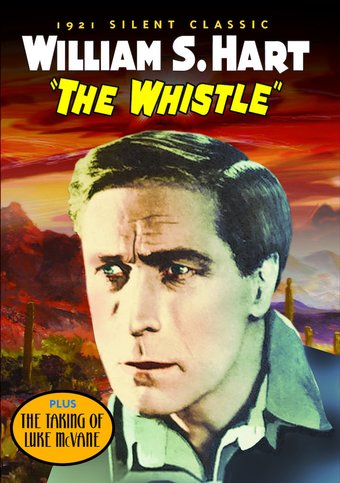 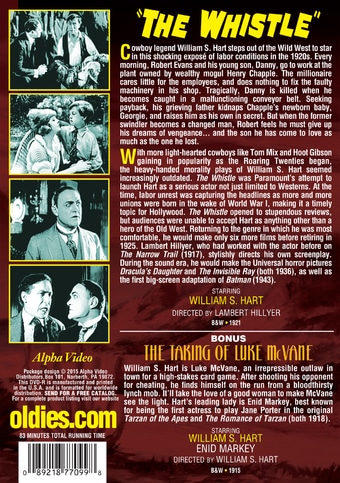 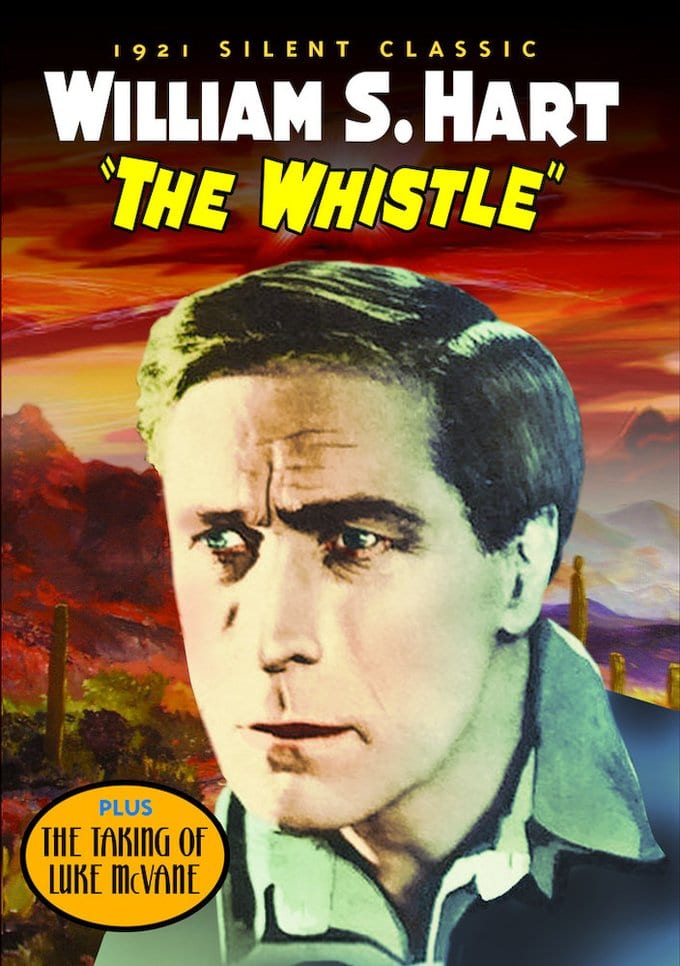 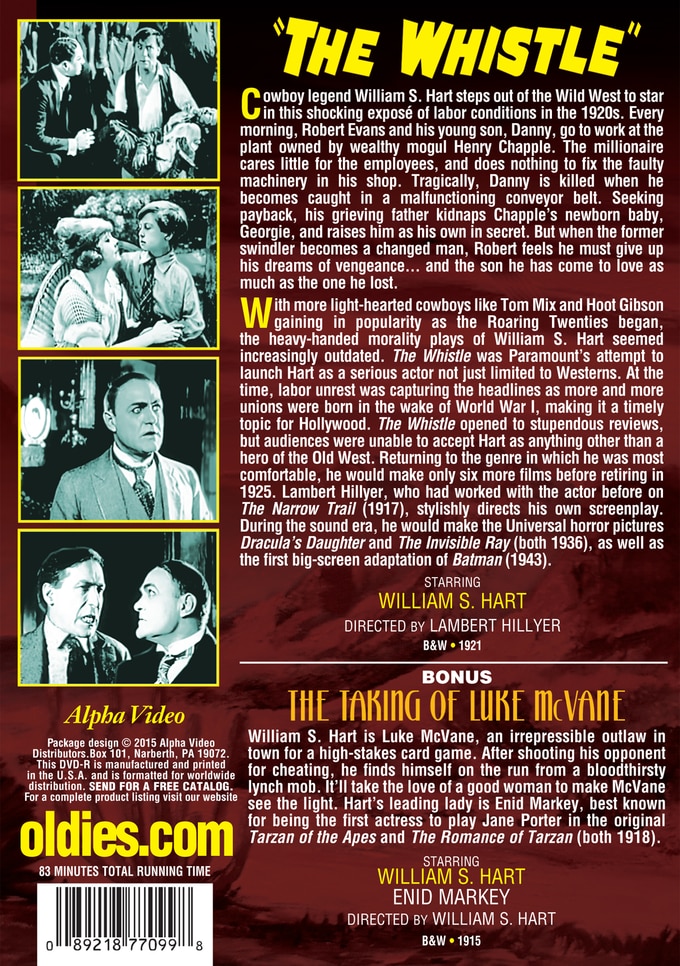 Cowboy legend William S. Hart steps out of the Wild West to star in this shocking exposé of labor conditions in the 1920s. Every morning, Robert Evans and his young son, Danny, go to work at the plant owned by wealthy mogul Henry Chapple. The millionaire cares little for the employees, and does nothing to fix the faulty machinery in his shop. Tragically, Danny is killed when he becomes caught in a malfunctioning conveyor belt. Seeking payback, his grieving father kidnaps Chapple's newborn baby, Georgie, and raises him as his own in secret. But when the former swindler becomes a changed man, Robert feels he must give up his dreams of vengeance...and the son he has come to love as much as the one he lost.

With more light-hearted cowboys like Tom Mix and Hoot Gibson gaining in popularity as the Roaring Twenties began, the heavy-handed morality plays of William S. Hart seemed increasingly outdated. The Whistle was Paramount's attempt to launch Hart as a serious actor not just limited to Westerns. At the time, labor unrest was capturing the headlines as more and more unions were born in the wake of World War I, making it a timely topic for Hollywood. The Whistle opened to stupendous reviews, but audiences were unable to accept Hart as anything other than a hero of the Old West. Returning to the genre in which he was most comfortable, he would make only six more films before retiring in 1925. Lambert Hillyer, who had worked with the actor before on The Narrow Trail (1917), stylishly directs his own screenplay. During the sound era, he would make the Universal horror pictures Dracula's Daughter and The Invisible Ray (both 1936), as well as the first big-screen adaptation of Batman (1943).

BONUS: The Taking Of Luke McVane (Silent, BW, 1915): William S. Hart is Luke McVane, an irrepressible outlaw in town for a high-stakes card game. After shooting his opponent for cheating, he finds himself on the run from a bloodthirsty lynch mob. It'll take the love of a good woman to make McVane see the light. Hart's leading lady is Enid Markey, best known for being the first actress to play Jane Porter in the original Tarzan of the Apes and The Romance of Tarzan (both 1918). Directed by William S. Hart.

Silent | Vintage
This product is made-on-demand by the manufacturer using DVD-R recordable media. Almost all DVD players can play DVD-Rs (except for some older models made before 2000) - please consult your owner's manual for formats compatible with your player. These DVD-Rs may not play on all computers or DVD player/recorders. To address this, the manufacturer recommends viewing this product on a DVD player that does not have recording capability.