Every Which Way But Loose PG

Clint Eastwood will turn you Every Which Way But Loose

51K ratings
Currently Out of Stock: We'll get more as soon as possible
Notify Me When Available
Add to Wishlist
Format:  DVD
item number:  CWYS
91% recommend us! 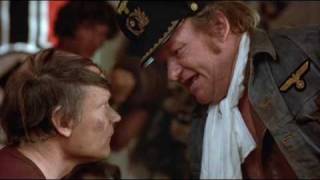 Every Which Way But Loose - Trailer 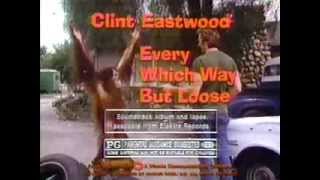 Every Which Way But Loose TV trailer 1978

This unusual combination of bare knuckle fighting and lighthearted romp was also a comedic change of pace for its rugged star Clint Eastwood. Eastwood plays trucker Philo Beddoe, a revered brawler who lives in a shack with his best pal's feisty, elderly mother (Ruth Gordon) and an orangutan, Clyde, who sips beer and thumbs his nose at authority. Philo is preparing for a bout against the wishes of his mother and his new love interest (Sandra Locke). If clashing with the women in his life weren't enough, he has to deal with his cocky opponent, gamblers, and a chopper gang who constantly harrass him. Fortunately, he does have Clyde backing him up as well as his trusty companion Orville Boggs (regular Eastwood collaborator Geoffrey Lewis).
This bizarre hick comedy was a surprise hit and spawned a sequel featuring many in the original cast. The country soundtrack combines the talents of Steve Dorff and Snuff Garrett and boasts a hit single by Eddie Rabbit.

While working as a barroom fighter at the Palomino Club, hard-living truck driver Philo Beddoe falls for the nightclub's singer. When she leaves the club for greener pastures in Colorado, Beddoe follows with his pet orangutan Clyde in tow and his enemies, a motorcycle gang and an L.A. cop, close behind.