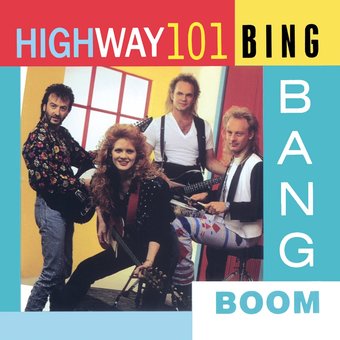 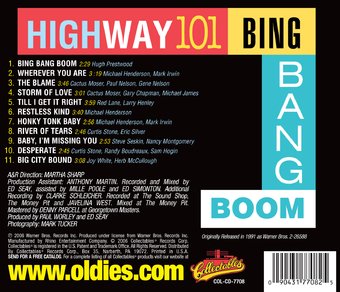 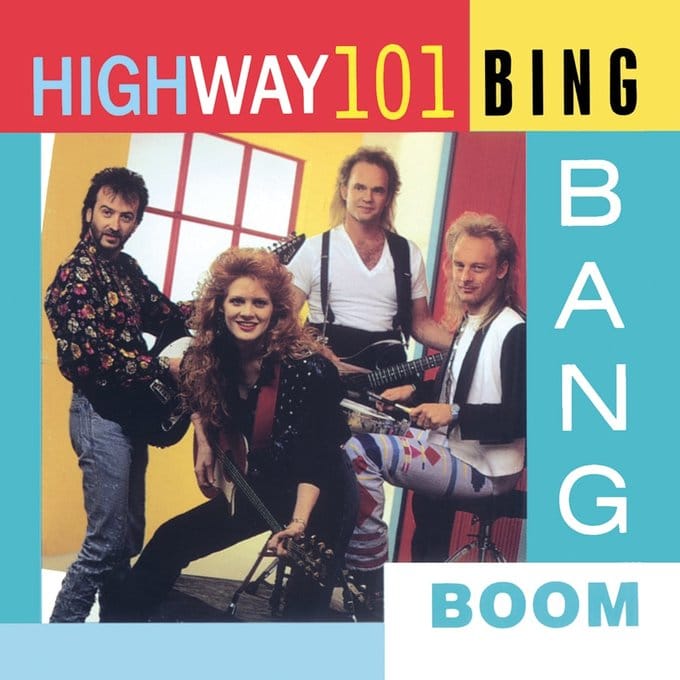 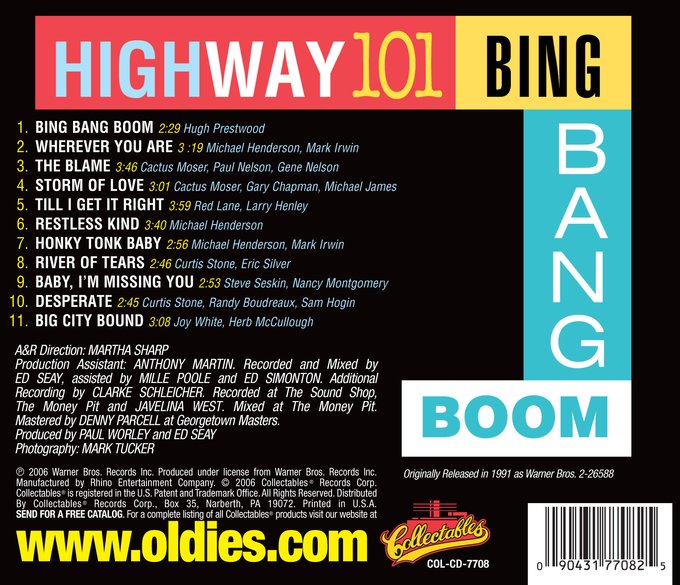 Highway 101 was a huge inspiration for the country-rock acts of the early '90s. Originally released by Warner Bros. in 1991, Bing Bang Boom prooved to be another Top 40 album on the Billboard Country charts.