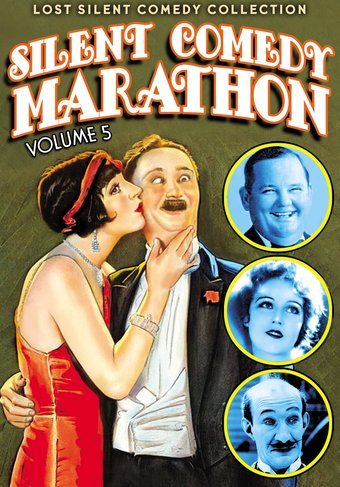 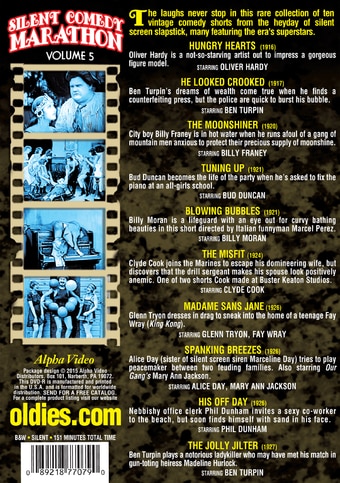 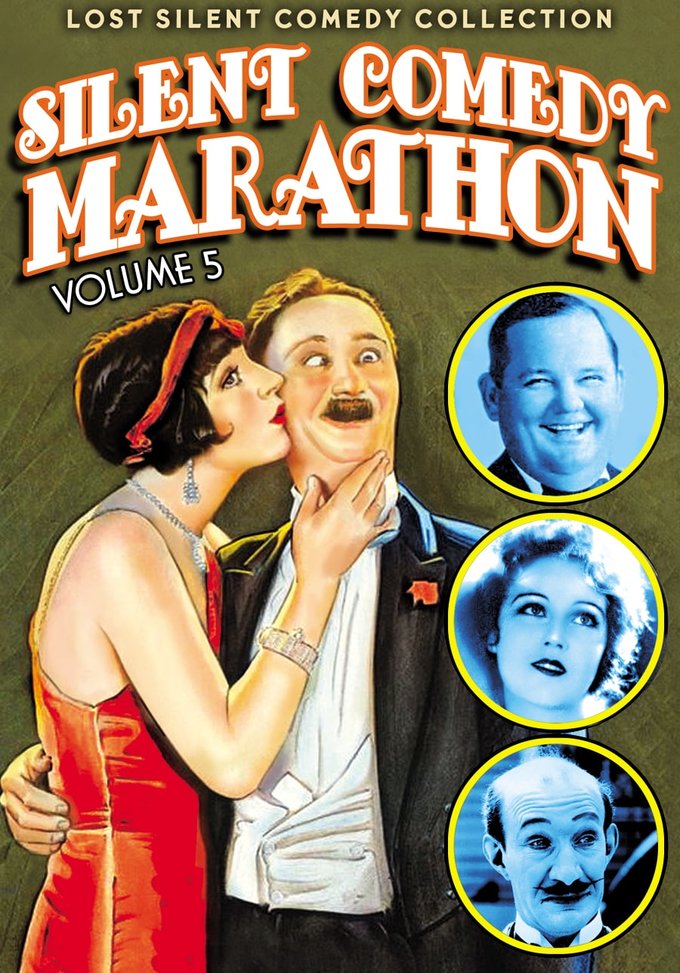 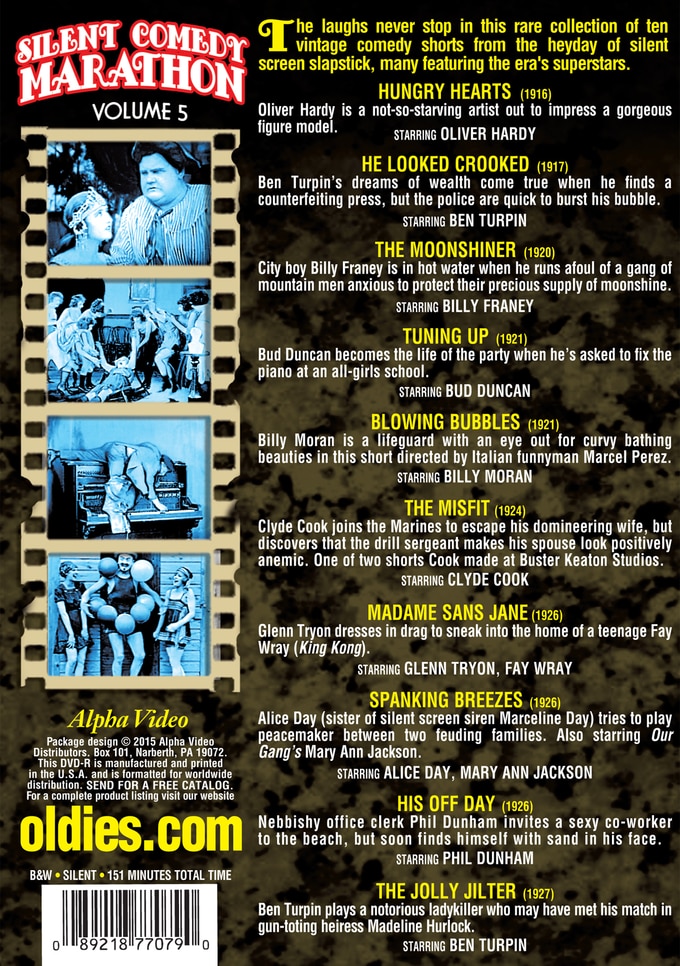 The laughs never stop in this rare collection of ten vintage comedy shorts from the heyday of silent screen slapstick, many featuring the era's superstars.

Hungry Hearts (1916): Oliver Hardy is a not-so-starving artist out to impress a gorgeous figure model.

He Looked Crooked (1917): Ben Turpin's dreams of wealth come true when he finds a counterfeiting press, but the police are quick to burst his bubble.

The Moonshiner (1920): City boy Billy Franey is in hot water when he runs afoul of a gang of mountain men anxious to protect their precious supply of moonshine.

Tuning Up (1921): Bud Duncan becomes the life of the party when he's asked to fix the piano at an all-girls school.

Blowing Bubbles (1921): Billy Moran is a lifeguard with an eye out for curvy bathing beauties in this short directed by Italian funnyman Marcel Perez.

The Misfit (1924): Clyde Cook joins the Marines to escape his domineering wife, but discovers that the drill sergeant makes his spouse look positively anemic. One of two shorts Cook made at Buster Keaton Studios.

Madame Sans Jane (1925): Glenn Tryon dresses in drag to sneak into the home of a teenage Fay Wray (King Kong).

His Off Day (1926): Nebbishy office clerk Phil Dunham invites a sexy co-worker to the beach, but soon finds himself with sand in his face.

The Jolly Jilter (1927): Ben Turpin plays a notorious ladykiller who may have met his match in gun-toting heiress Madeline Hurlock.