Currently Out of Stock: We'll get more as soon as possible
Notify Me When Available
Add to Wishlist
Format:  DVD
sku:  XRI 70329D
Our customers love us! 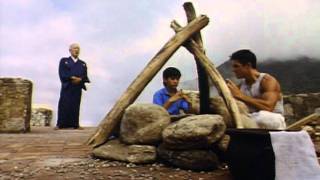 In an attempt to rescue the kidnapped daughter of a scientist, the American Ninja enlists the aid of a boy who has been schooled in the ways of the Ninja. The boy is played by newcomer Lee Reyes, the Junior National Karate Champion.

American Ninja 5
The adventures of the American Ninja have included kickboxing championships and international rescue missions. But for the first time, the magic of the Ninja will reveal itself - in all of it's true power.

The fifth entry in the popular martial arts series, in which ninja-trained soldiers battle evildoers and terrorists.