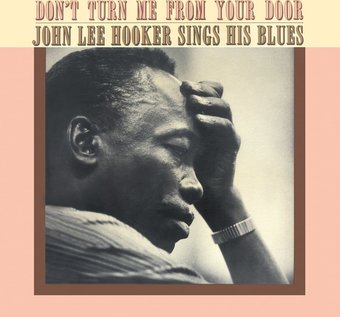 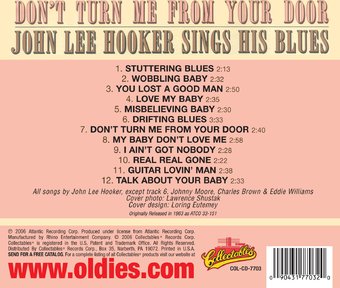 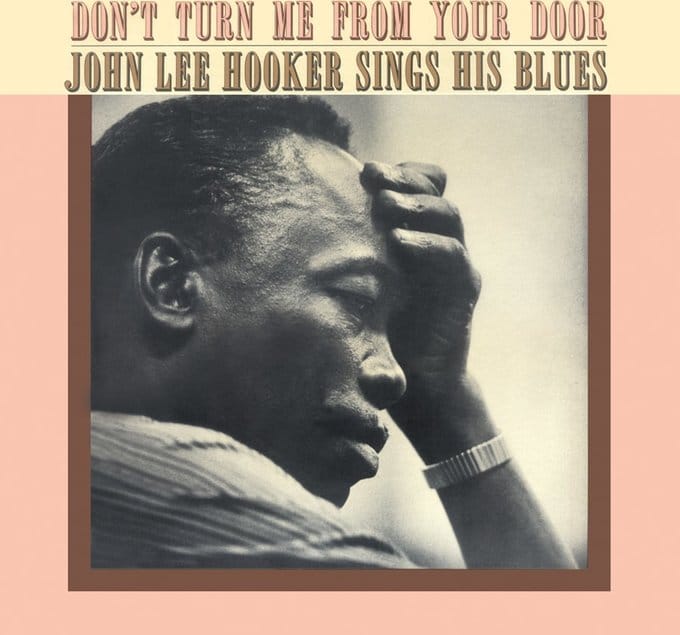 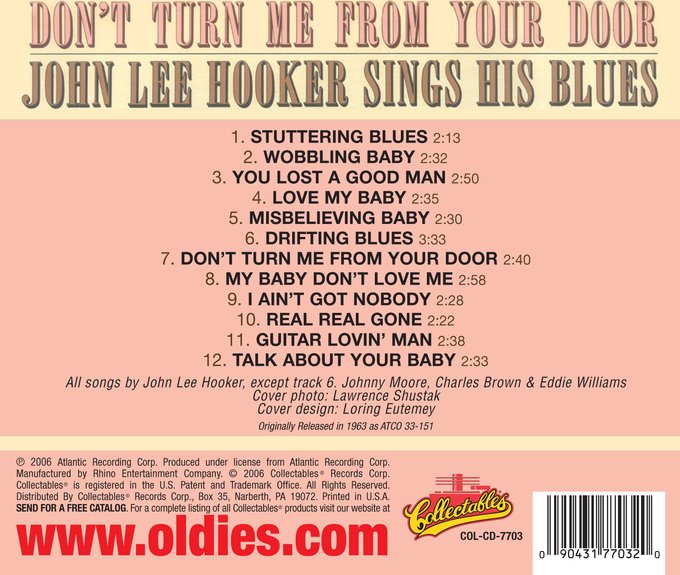 Personnel includes: John Lee Hooker, Eddie Kirkland (vocals, guitar).
Recorded in Cincinnati, Ohio in 1953 and Miami, Florida on July 7, 1961. Originally released on Atco (33-151). Includes original liner notes by Pete Lowry.
Digitally remastered from the original mono master tapes by Stephen Innocenzi (December 1991, Atlantic Studios, New York, New York).
Liner Note Author: Larry Cohn.
Like the previous year's THAT'S MY STORY, 1961's DON'T TURN ME FROM YOUR DOOR was recording during the heyday of the folk revival, when Hooker was enjoying a renaissance due to his "rediscovery" by white urban kids. Unlike THAT'S MY STORY, there's little in the way of outside accompaniment here, the focus being placed squarely on Hooker's deep, sensuous voice and serpentine electric guitar. The stark, angular melodies and out-of-time phrasing that defined Hooker's singular guitar style are strongly in evidence (to the point of being the dominant texture) here. Most of the tunes are stompers in the grand Hooker tradition, ones he'd been performing for a while, and as usual his command of the material is unquestionable. Alternately scary and sexy, funny and dead serious, Hooker explores the gamut of his considerable emotional range on DON'T TURN ME FROM YOUR DOOR, making it an essential item for his admirers (and for any serious blues fan).

John Lee Hooker
Is He The World's Greatest Blues Singer? (CD)
$31.99 on Sale
Add to Cart