"The Old Ranger" narrates exciting tales of the Old West in the long-running anthology series. Plus bonus western show "Face of Danger". 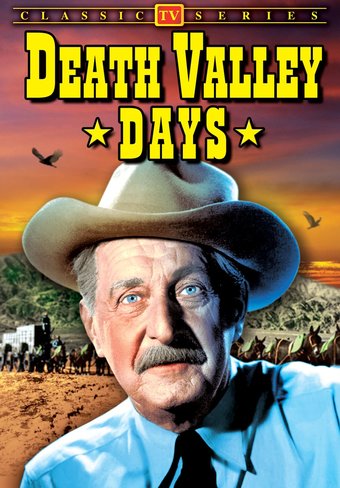 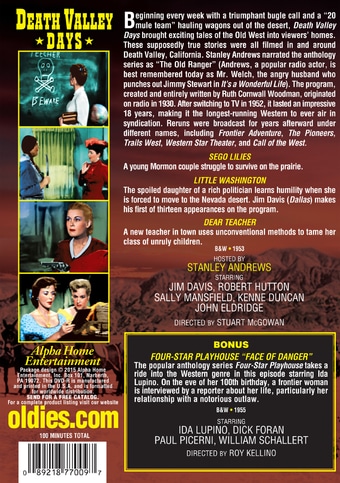 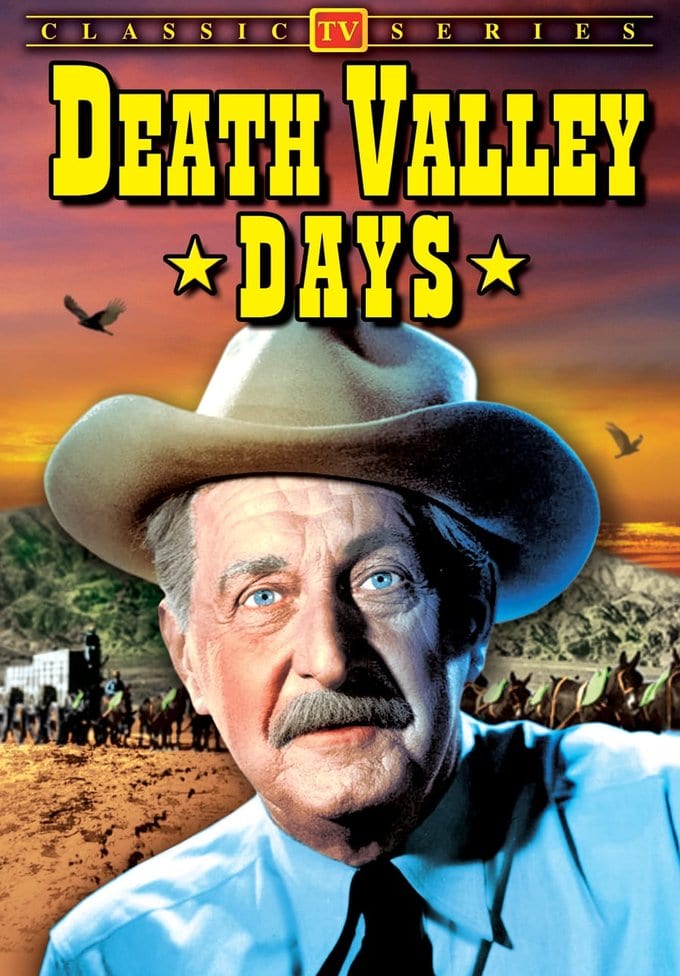 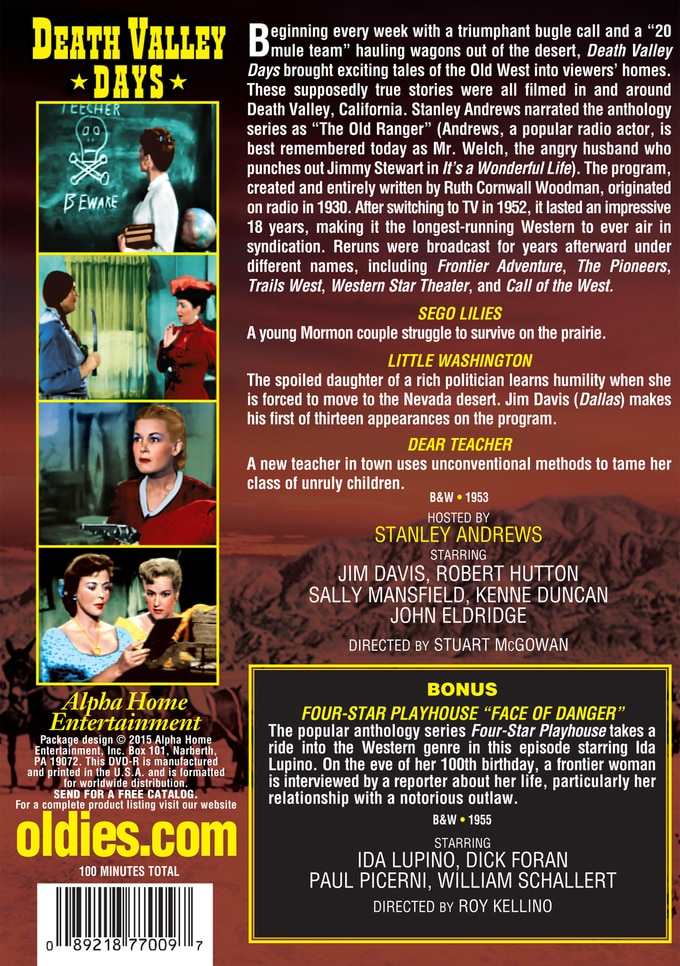 Beginning every week with a triumphant bugle call and a "20 mule team" hauling wagons out of the desert, Death Valley Days brought exciting tales of the Old West into viewers' homes. These supposedly true stories were all filmed in and around Death Valley, California. Stanley Andrews narrated the anthology series as "The Old Ranger" (Andrews, a popular radio actor, is best remembered today as Mr. Welch, the angry husband who punches out Jimmy Stewart in It's a Wonderful Life.) The program, created and entirely written by Ruth Cornwall Woodman, originated on radio in 1930. After switching to TV in 1952, it lasted an impressive 18 years, making it the longest-running Western to ever air in syndication. Reruns were broadcast for years afterward under different names, including Frontier Adventure, The Pioneers, Trails West, Western Star Theater, and Call of the West.

SEGO LILIES: A young Mormon couple struggle to survive on the prairie.

LITTLE WASHINGTON: The spoiled daughter of a rich politician learns humility when she is forced to move to the Nevada desert. JIm Davis (Dallas) makes his first of thirteen appearances on the program.

BONUS: FOUR-STAR PLAYHOUSE -- "FACE OF DANGER" (BW, 1955): The popular anthology series Four-Star Playhouse takes a ride into the Western genre in this episode starring Ida Lupino. On the eve of her 100th birthday, a frontier woman is interviewed by a reporter about her life, particularly her relationship with a notorious outlaw. Starring Ida Lupino, Dick Foran, Paul Picerni and William Schallert. Directed by Roy Kellino.