Midnight in the Garden of Good and Evil R 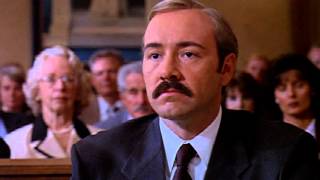 Midnight in the Garden of Good and Evil - Trailer

Bringing John Berendt's international best-selling novel, MIDNIGHT IN THE GARDEN OF GOOD AND EVIL, to the screen must have been a challenge. The book is essentially an anecdotal travelogue of the fascinating city of Savannah, Georgia. The filmmakers decided to add a character, John Kelso (well played by John Cusack), a writer from New York, who's meant to represent Berendt's point of view. They also put most of the focus of the narrative on the murder trial of local millionaire socialite Jim Williams (the redoubtable Kevin Spacey). This is slightly problematic in that Kelso, a mere observer, now becomes the central character of the film. But director Clint Eastwood (straying from his usual milieu, and, atypically, not appearing the film) and writer John Lee Hancock still manage to capture the quirky spirit of the book. They're greatly aided in this regard by the lush images of cinematographer Jack N. Green and the detailed work of production designer Henry Bumstead, who create just the right atmosphere for the small city and its environs. The strong cast, including actual Savannah residents such as sparkplug transsexual the Lady Chablis, makes the film an enjoyable idyll in a strange yet welcoming place.

A New York magazine reporter becomes caught up in the wiles and eccentricities of genteel society in Savannah, Georgia, when the host of the Christmas party he is covering is charged with murder. Clint Eastwood directs a lush production whose plot matches the leisurely pace set by the characters.

25%off
Harlem Classics: The Girl From Chicago (Plus Bonus Shorts)
$5.95 on Sale
Add to Cart

To Kill a Mockingbird (Blu-ray)
$18.20 Super Savings
Add to Cart