Cypress Hill Till Death Do Us Part (2LPs)

Rolling Stone: 4 stars out of 5 - "[T]he combination of mournful maturity and club-ready fun they come up with on TILL DEATH DO US PART suits them just fine." 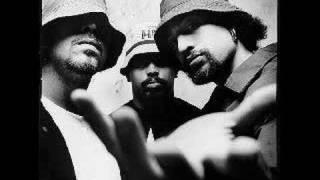 Cypress Hill - Till Death Do Us Part (Music Video) 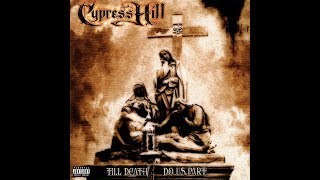 Rolling Stone - 4/1/04, p.89
4 stars out of 5 - "[T]he combination of mournful maturity and club-ready fun they come up with on TILL DEATH DO US PART suits them just fine."
Q - p.94
3 stars out of 5 - "[A] funk-driven return to familiar ground, laced with dark imagery, beefy hooks and sharp vocal trading."

Cypress Hill: B-Real, DJ Muggs, Sen Dog (rap vocals).
Additional personnel: Tego Calderon, Damian Marley, Prodigy, Twin, Tim Armstrong.
Producers: Muggs, The Alchemist, Tony "CD" Kelly, Fredwreck Nassar.
TILL DEATH DO US PART opens with the emphatic, violent rampage of "Another Body Drops," with B-Real's trademark high-pitched vocal playing off Sen Dog's brusque moan. It almost seems impossible that more than a decade has fallen away since the L.A. trio's seminal, self-titled debut. In 1991, there was nothing quite like Cypress Hill's hardcore horror/thug rap, filtered through a narcotic haze and bowling over hardcore hip-hoppers and college-radio types alike.
It's truly remarkable that on their seventh record, after dozens of artists have incorporated their style, Cypress Hill still stands up, guns and verbiage blazing in equal proportion. Nowhere is their versatility more on apparent than when they follow the Tejano-flavored "Latin Thugs" with the reggae-infused, bilingual "Ganja Bus." Rancid's Tim Armstrong drops by on the menacing, slightly ska "What's Your Number?" Cypress Hill also reminds us how proficient they are at straight-ahead, hardcore hip-hop with the Prodigy-assisted "Last Laugh." TILL DEATH DO US PART is vintage Cypress Hill, beguiling, ominous, foggy, clever; it's no coincidence they've managed to prosper years after their breakthrough.