Made for Love (Silent)

A young couple discover that they are the reincarnations of doomed ancient Egyptian lovers in this mammoth production from Cecil B. DeMille. 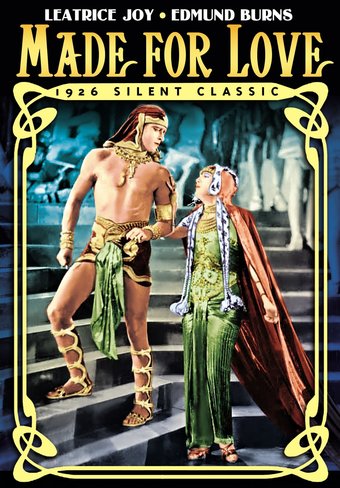 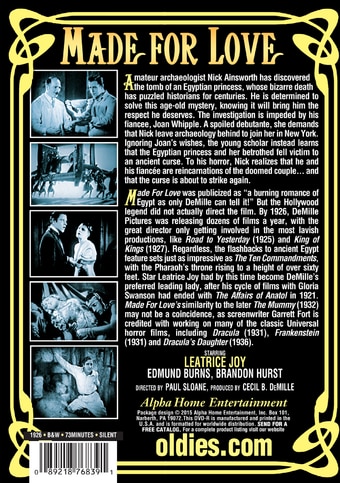 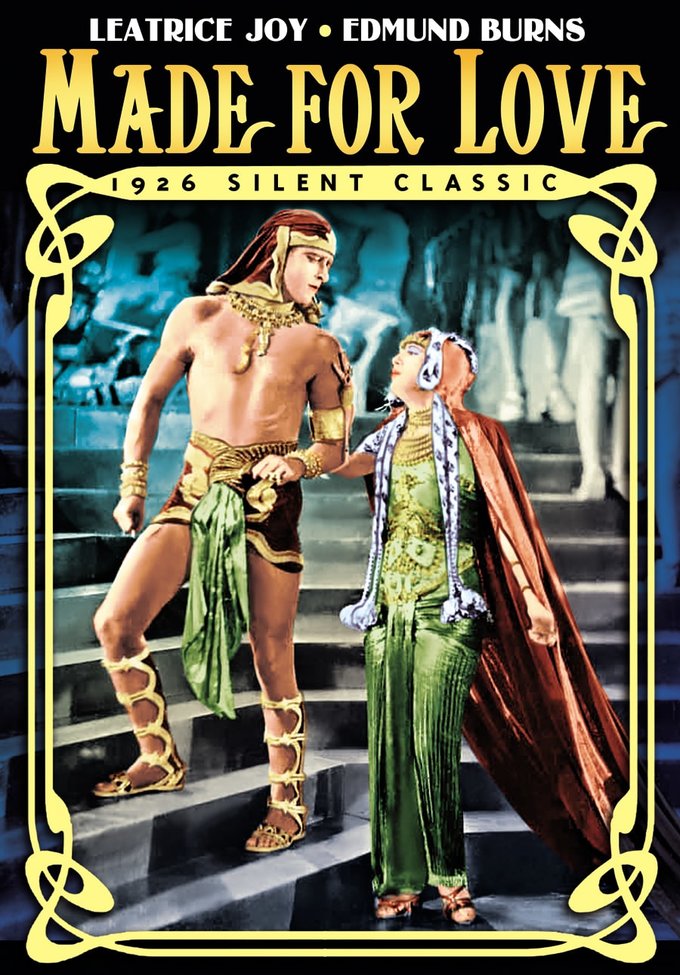 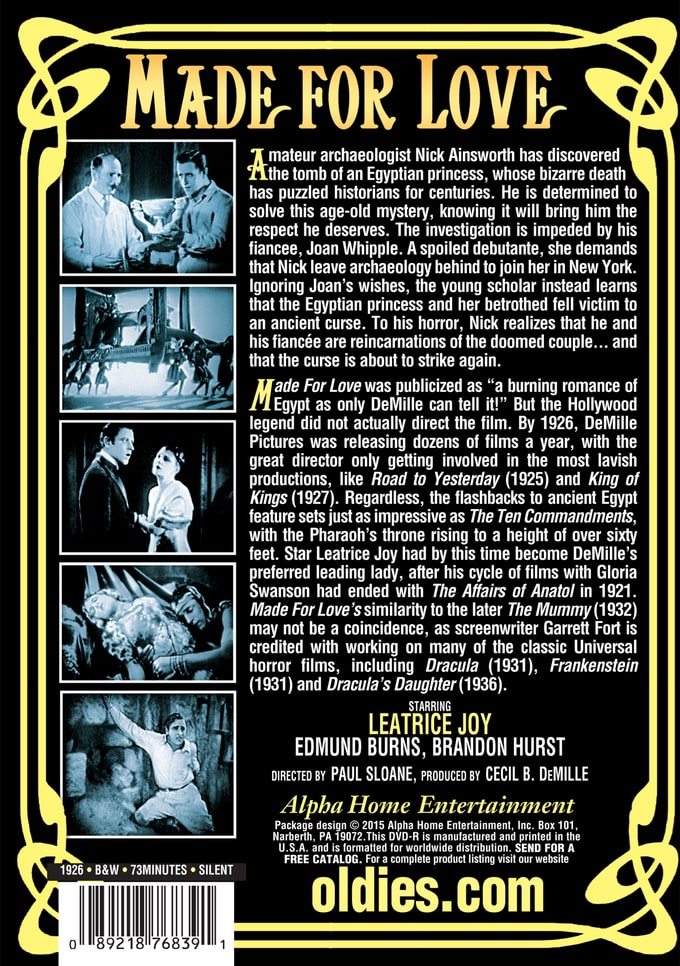 Amateur archaeologist Nick Ainsworth has discovered the tomb of an Egyptian princess, whose bizarre death has puzzled historians for centuries. He is determined to solve this age-old mystery, knowing it will bring him the respect he deserves. The investigation is impeded by his fiancee, Joan Whipple. A spoiled debutante, she demands that Nick leave archaeology behind to join her in New York. Ignoring Joan's wishes, the young scholar instead learns that the Egyptian princess and her betrothed fell victim to an ancient curse. To his horror, Nick realizes that he and his fiancee are reincarnations of the doomed couple...and that the curse is about to strike again.

Made For Love was publicized as "a burning romance of Egypt as only DeMille can tell it!", but the Hollywood legend did not actually direct the film. By 1926, DeMille Pictures was releasing dozens of films a year, with the great director only getting involved in the most lavish productions, like Road to Yesterday (1925) and King of Kings (1927). Regardless, the flashbacks to ancient Egypt feature sets just as impressive as The Ten Commandments, with the Pharaoh's throne rising to a height of over sixty feet. Star Leatrice Joy had by this time become DeMille's preferred leading lady, after his cycle of films with Gloria Swanson had ended with The Affairs of Anatol in 1921. Made For Love's similarity to the later The Mummy (1932) may not be a coincidence, as screenwriter Garrett Fort is credited with working on many of the classic Universal horror films, including Dracula (1931), Frankenstein (1931) and Dracula's Daughter (1936).

Silent | Time Travel | Vintage | Love Story
This product is made-on-demand by the manufacturer using DVD-R recordable media. Almost all DVD players can play DVD-Rs (except for some older models made before 2000) - please consult your owner's manual for formats compatible with your player. These DVD-Rs may not play on all computers or DVD player/recorders. To address this, the manufacturer recommends viewing this product on a DVD player that does not have recording capability.