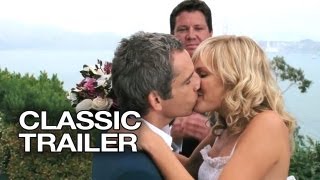 The Farrelly Brothers add their trademark bounty of bodily functions to this remake of Elaine May's 1972 comedy, THE HEARTBREAK KID. This time around Ben Stiller plays Eddie Cantrow, a 40-year-old bachelor who is tired of having his foulmouthed father (Jerry Stiller) and henpecked friend (Rob Corddry) give him a hard time for not being married. So when he meets the seemingly perfect Lila (Malin Ackerman), he decides to marry her--despite knowing her for only six weeks. On their honeymoon in Cabo San Lucas, Mexico, he realizes his mistake when Lila reveals her true colors, which turn out to be quite ugly. While Lila recovers from a sunburn, Eddie meets fellow vacationer Miranda (Michelle Monaghan) and falls in love. He must break the news to both women before they find out the truth.

After the more standard romantic comedy of FEVER PITCH, Bobby and Peter Farrelly are back to the gross-out comedy that made them famous in films such as THERE'S SOMETHING ABOUT MARY. This is the first time they've re-teamed with Stiller since that landmark film, and it proves a far better marriage than Eddie and Lila's. Ackerman may be most famous to date for a small role in HAROLD & KUMAR GO TO WHITE CASTLE, but she's fearless in this part. The Farrellys have always been fans of bodily humor, and Ackerman's Lila gets to be the butt of the joke most often, largely thanks to her character's deviated septum. There are several moments here that threaten to top the infamous hair-gel scene in THERE'S SOMETHING ABOUT MARY as far as groans and giggles go.