Herbie Mann The Family of Mann: First Light / This Is My Beloved (with Laurence Harvey) 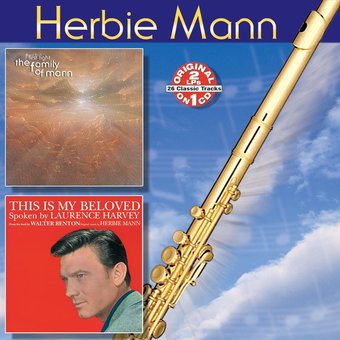 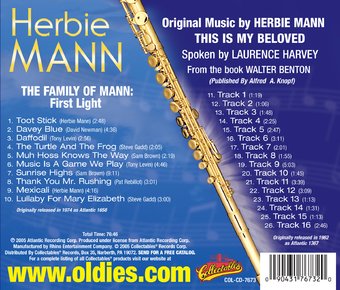 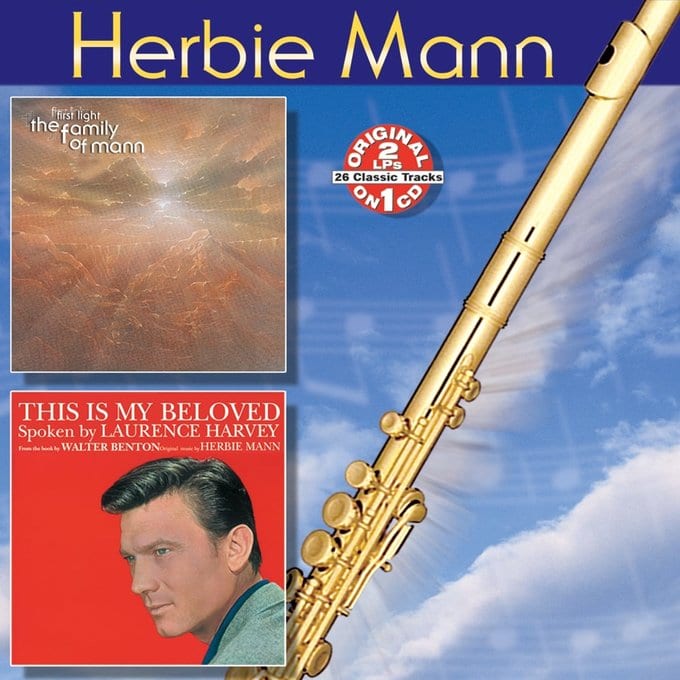 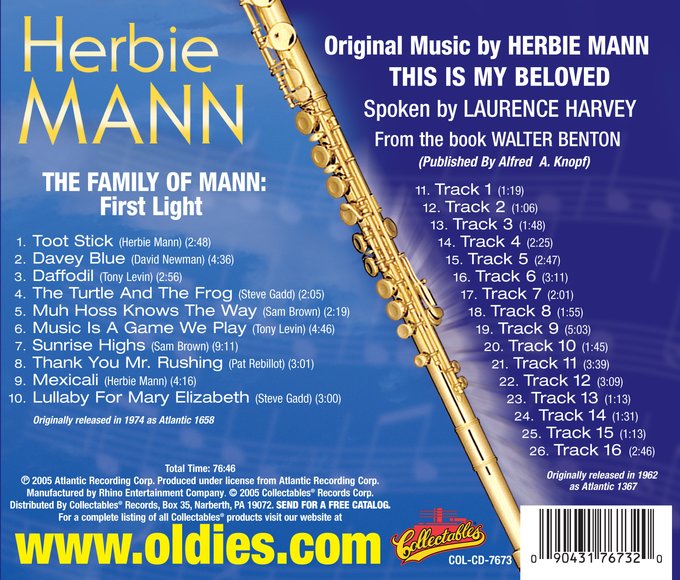 Originally released by Atlantic in 1974, The Family of Mann: First Light is a fantastic album of Mann originals. The album features an incredibly talented lineup, notably Tony Levin on Bass and David Newman on tenor sax. In addition, Mann's This is My Beloved album from 1962 is also included on the same CD!