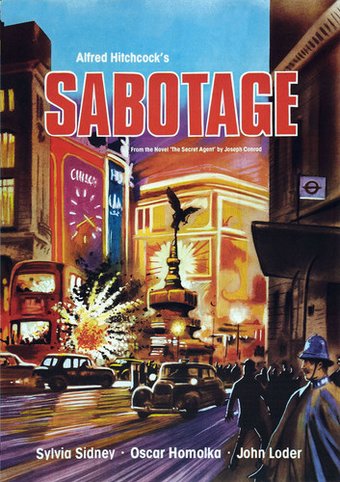 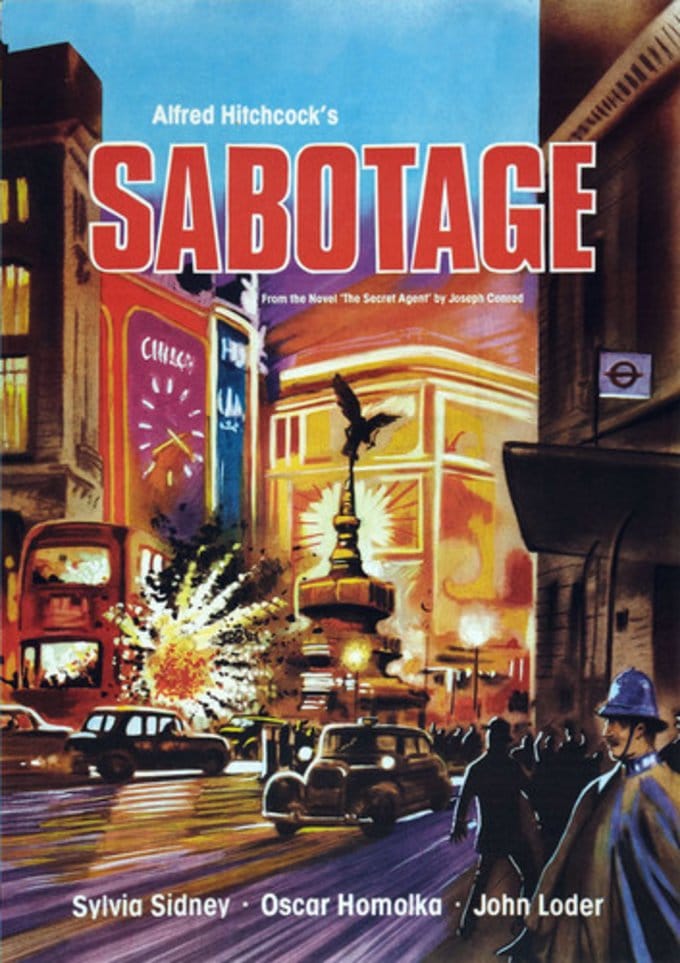 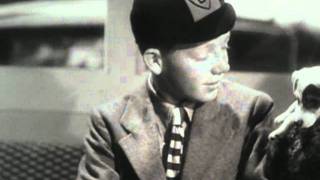 Based on Joseph Conrad's SECRET AGENT, this thriller is about a woman who suspects that her kindly husband may actually be a dangerous foreign agent. Hitchcock creates an atmosphere of claustrophobic fear while depicting a mysterious conspiracy to blow up Londoners in the places they gather. Behind the suspense premise, one can imagine Hitchcock enjoyed unfolding this story in front of his captive theater-bound audiences.

Alfred Hitchcock once said suspense is like a bomb: The audience knows it's about to go off, but there's nothing they can do about it. (He also said, "There's no terror in the bang--only in the anticipation of it.") In this film, the director puts that simile to good use. Shy and unhappy Sylvia Verloc (Sylvia Sidney) runs a small movie theater with her brooding husband, Karl (Oskar Homolka). Her young brother Stevie (Desmond Tester) lives with them and runs errands. Next door to the theater is a grocery where the charming and inquisitive clerk Ted Spencer (John Loder ) works. Ted gets to know and care for Mrs. Verloc, revealing that he is a Scotland Yard detective investigating Carl for his part in a criminal conspiracy and confirming the wife's nagging suspicions about her husband. As discovery and arrest approach, Carl assigns the unknowing young Stevie the errand of delivering a package containing a bomb. The torturously tense sequence that follows is among the most memorable in cinema history.

The Man Who Knew Too Much (Criterion Collection)
$26.10 Super Savings
Add to Cart