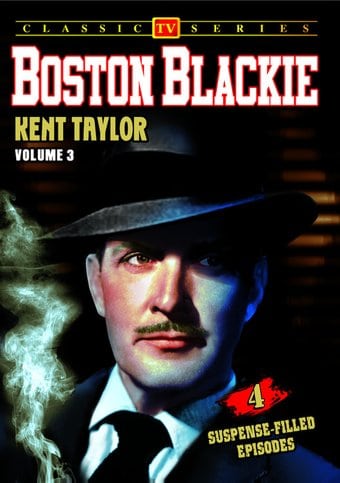 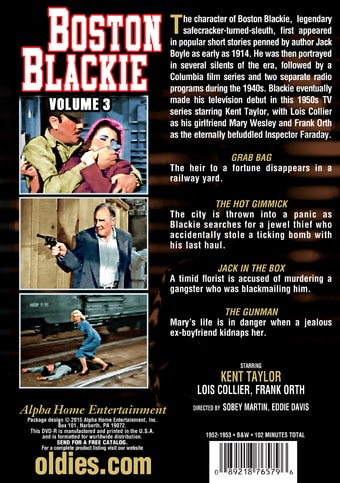 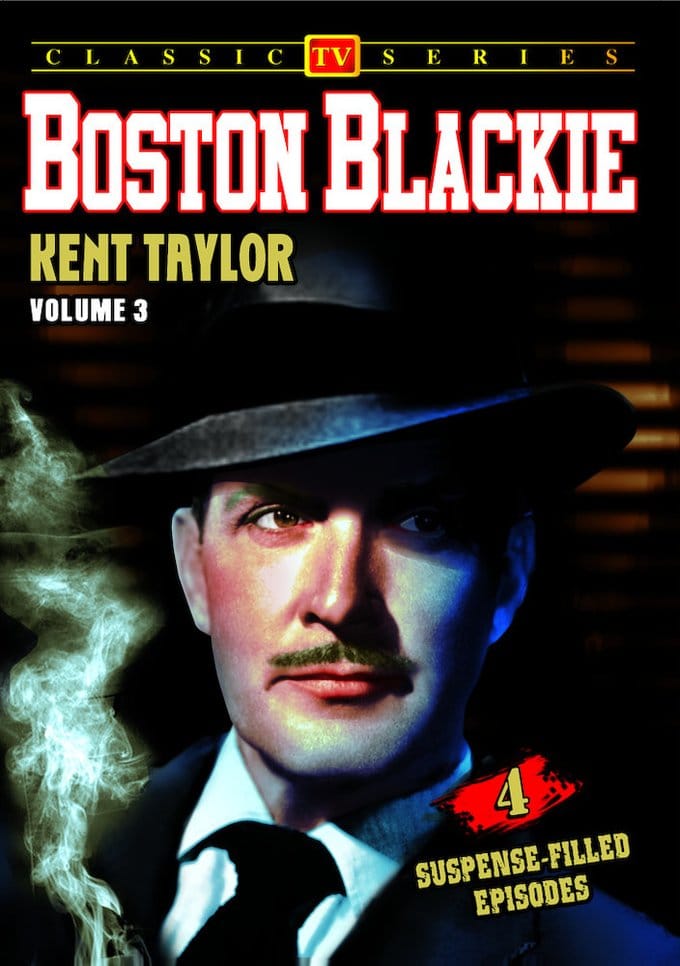 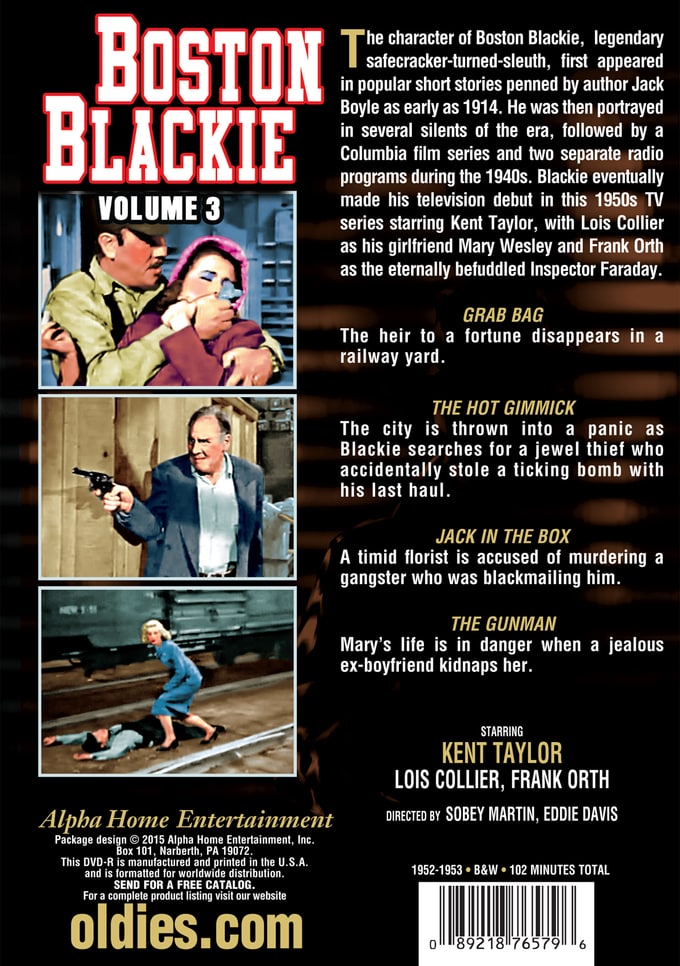 The character of Boston Blackie, legendary safecracker-turned-sleuth, first appeared in popular short stories penned by author Jack Boyle as early as 1914. He was then portrayed in several silents of the era, followed by a Columbia Boston Blackie film series and two separate radio series during the 1940s. Blackie eventually made his television debut in this 1950s TV series starring Kent Taylor, with Lois Collier as his girlfriend Mary Wesley and Frank Orth as the eternally befuddled Inspector Faraday.

GRAB BAG: The heir to a fortune disappears in a railway yard.

THE HOT GIMMICK : The city is thrown into a panic as Blackie searches for a jewel thief who accidentally stole a ticking bomb with his last haul.

JACK IN THE BOX : A timid florist is accused of murdering a gangster who was blackmailing him.

THE GUNMAN: Mary's life is in danger when a jealous ex-boyfriend kidnaps her.

50%off
Boston Blackie: The Television Series Collection (4-DVD)
$15.96 on Sale
Add to Cart