Doris Day April In Paris / Young At Heart (Plus More!) 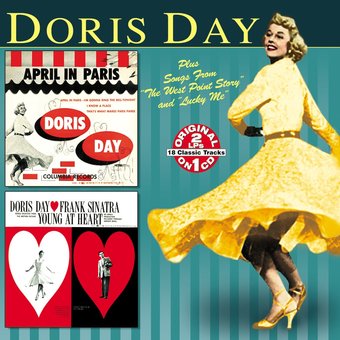 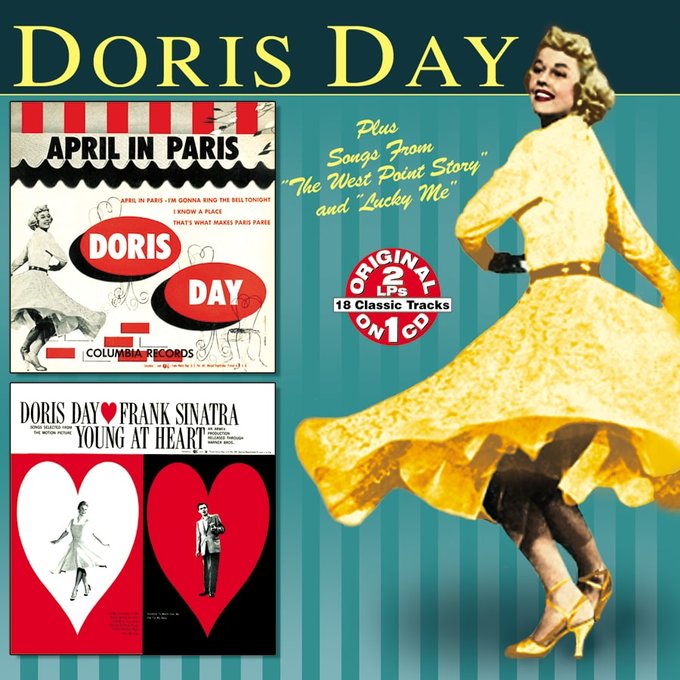 This unique collection features rare recordings compiled from the soundtracks of the Warner Bros.' films April In Paris, Young At Heart, The West Point Story and Lucky Me and includes backing by the likes of Percy Faith & His Orchestra, The Norman LuBoff Choir, Paul Weston & His Orchestra, and others.

2 LPs on 1 CD: APRIL IN PARIS (1952)/YOUNG AT HEART (1954).
Personnel: Doris Day; Frank Sinatra.
Recording information: 07/30/1945-09/24/1954.
This Collectables reissue combines similar Doris Day recordings from the early- to mid- '50s as she metamorphosed from a big band singer to a leading lady in Hollywood. Originally released on Columbia Records, these 18 tracks are taken from such classic American musicals as April in Paris ("That's What Makes Paris Paree"), Young at Heart ("Someone To Watch Over Me"), The West Pointe Story ("You Love Me"), and an alternate take of "I Speak to the Stars" from Lucky Me. Although not essential, this is a respectable reissue of which fans of traditional pop should be aware. ~ Al Campbell

60%off
Doris Day
What Every Girl Should Know / I Have Dreamed
$5.98 on Sale
Add to Cart


Great for Fans of Doris.
Some efforts on this edition, to give musical details as well as well as recording dates.
Reproduction of rear sleeve is missing , while front covers of LP are reproduced twice on the leaflet.
If you're a fan of Doris Day get that One!