Dick Jurgens Your Dance Date With... / At The Aragon Ballroom 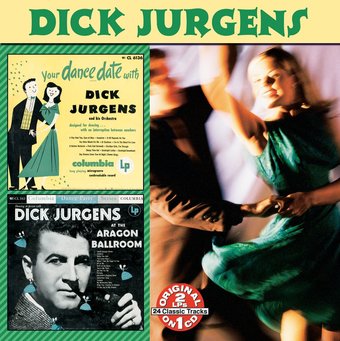 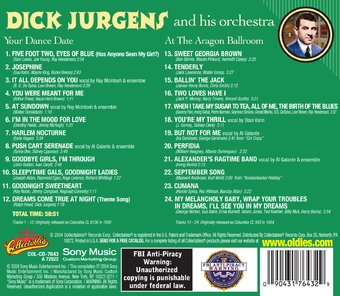 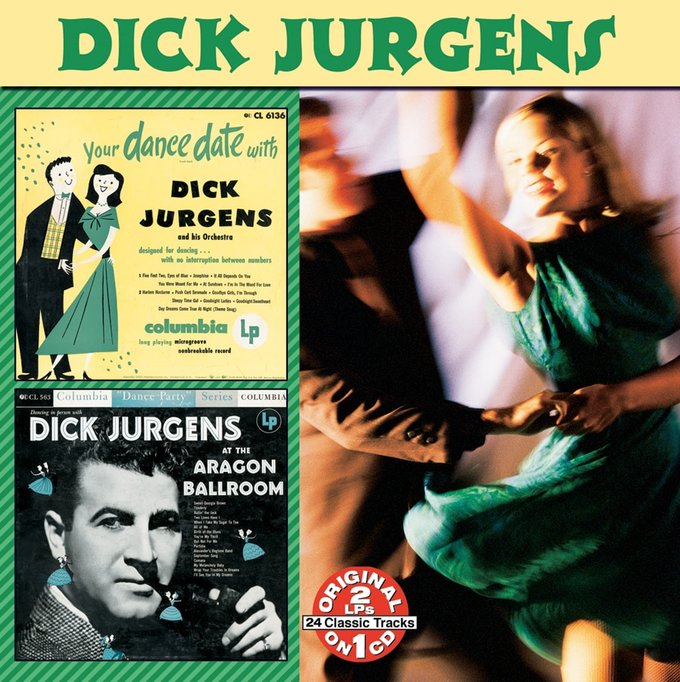 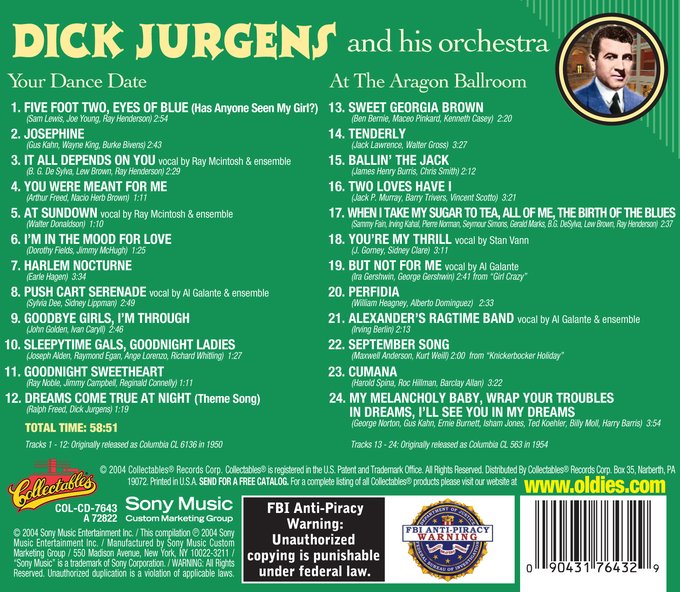 Twenty-four tracks of classic "dance" music from Dick Jurgens and his orchestra. The two albums contained on this reissue collection were both released by Columbia in the early 1950's.

2 LPs on 1 CD: YOUR DANCE DANCE (1950)/AT THE ARAGON BALLROOM (1954).
While it isn't likely that orchestra leader Dick Jurgens' name will go down in history with Benny Goodman, he -- like many other bandleaders in the '50s -- gave the people what they wanted: good dance music. Your Dance Date and At the Aragon Ballroom were originally released by Columbia in 1950 and 1954, respectively, and together run almost an hour. A number of songs -- "Sweet Georgia Brown," "I'm in the Mood for Love," and "Alexander's Ragtime Band" -- will still be familiar in 2004. The primary appeal of Jurgens' music, however, is one of nostalgia. His style of orchestration, after all, must have seemed old-fashioned in the '50s, and the vocals -- the highlight of these recordings -- remind one of a lost world of singers like Bing Crosby. There are fine vocals by singers -- Ray Mcintosh and Al Galante -- who are as obscure today as Jurgens, but who nonetheless deliver good versions of romantic pieces like "It All Depends on You" and fun absurdities like "Push Cart Serenade." The perkiest instrumental is a fine turn on Earle Hagen's "Harlem Nocturne," a piece Jurgens and company fill with a lovely moodiness. For those who hold a place in their heart for the simple, tuneful songs of yesteryear, Your Dance Date/At the Aragon Ballroom will inspire listeners to return once again to the dancefloor. ~ Ronnie D. Lankford, Jr.

60%off
Ginny Simms
The Best of Ginny Simms (with Kay Kyser And His Orchestra) (CD)
$5.98 on Sale
Add to Cart

60%off
Tony Pastor
Rare Tony Pastor & His Orchestra (From The Columbia Vaults) (CD)
$5.98 on Sale
Add to Cart

53%off
Gene Krupa
Live from the London House
$7.98 on Sale
Add to Cart