Drag Me to Hell

Christine Brown has a good job, a great boyfriend, and a bright future. But in three days, she's going to hell. 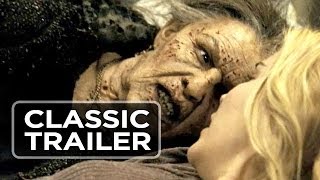 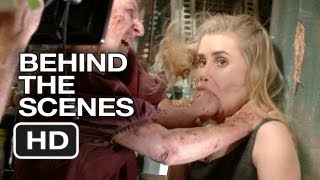 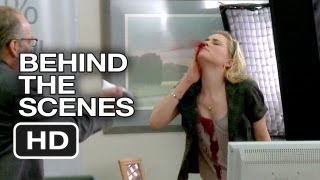 After nearly two decades of successful detours into mature thrillers (THE GIFT, A SIMPLE PLAN) and superhero blockbusters (the Spider-Man series), director Sam Raimi returns--full tilt--to his scrappy horror roots with DRAG ME TO HELL. Alison Lohman stars as Christine Brown, a soft-spoken Southern girl with a good heart, a PhD-toting boyfriend (Justin Long), and a job as a loan officer at a bank just outside of Los Angeles. When evicting a vile and negligent old woman named Mrs. Ganush (Lorna Raver) seems to be the only way to secure an important promotion, Christine pushes her moral flexibility about as far as it can go (not very far at all) only to dearly pay the price as the recipient of a rather nasty curse. The next three days of Christine's life amount to an unimaginable endurance test in which she is subject to physical and psychological torture while a terrifying demon draws ever closer to take her to hell, where she would burn for eternity.

Raimi manages to keep the feverish awfulness of DRAG ME's central concept palpable while layering on his distinctly disturbing and exhilaratingly kinetic macabre-meets-slapstick portraiture, and the result is an efficient celebration of the art of horror movies that's campy, scary, and fun. Similar to HBO's classic TALES FROM THE CRYPT series, HELL feels like a living, breathing EC comic. While it may come as a minor shock that Bruce Campbell, the beloved mouthpiece of the EVIL DEAD franchise, is nowhere to be found in this unabashed horror-comedy, Christine is an excellent twist on Raimi's genre-hero archetype. Fans will get a kick out of seeing her inexplicably leave her gob agape as putrid projectiles pour in, and hearing her, after a bit of pushing, spout a Campbell-ism or two ("I'm gonna get me some!").

The Cabin in the Woods
$8.40 Super Savings
Add to Cart

Embrace of the Vampire (DVD)
$11.20 Super Savings
Add to Cart