451K ratings
Out of Print: Future availability is unknown
Notify Me When Available
Add to Wishlist
Format:  DVD
item number:  35S7Q
91% recommend us! 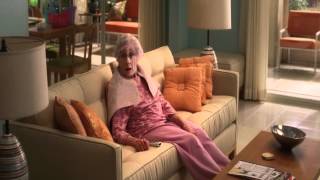 In Her Shoes Trailer [HQ]

IN HER SHOES: In this screen adaptation of Jennifer Weiner's bestselling novel, Toni Collette (MURIEL'S WEDDING) is Rose Feller, an overweight, overworked, and painfully undersexed lawyer who fills an emotional void with pints of Haagen-Dazs and a closetful of expensive shoes that she never wears. Little sis Maggie (an always radiant Cameron Diaz), who is prone to public drunkenness, one-night stands, and wearing lingerie as outerwear, is as lacking in career prospects as her sister is in romantic ones. When her irresponsible behavior gets her kicked out of her father's house by her spiteful stepmother, Maggie has nowhere to crash but her elder sister's couch. But, after she ignites a series of disasters ranging from the minor to the catastrophic, Maggie is cast out by her angry older sibling, with no job, no money, and no one to take her in. She finds a stash of hidden letters in her father's desk drawer that enable her to track down her estranged grandmother (the wonderfully centered Shirley MacLaine) in a Florida retirement community, hoping to use her impressive skills of manipulation and false charm to financial benefit. While Maggie begins to adapt to life as a nubile young fish in the waters of shuffleboard and wheelchairs, Rose, up in the wintry north, quits her stifling job and begins her own personal transformation. Both women's paths to spiritual growth and self-actualization might ring false if handled by less nuanced performers and a flashier director, but here they are subtle enough to be both inspiring and realistic.

Director Curtis Hanson has proven to be a flexible artist, jumping from genre to genre with the prowess and confidence of those studio directors of Hollywood's Golden Age. With IN HER SHOES, the man behind L.A. CONFIDENTIAL and 8 MILE elevates the "chick flick" out of that pigeonhole, crafting a story of surprising depth and universal appeal.

Directed by Curtis Hanson (8 Mile, Wonder Boys, L.A. Confidential) from a screenplay by Susannah Grant (Erin Brockovich), In Her Shoes has been hailed as "the most rewarding family comedy since Terms of Endearment" (New York Magazine).
Flirty, flaky party girl Maggie (Cameron Diaz) and plain, dependable lawyer Rose (Toni Collette) are sisters, best friends and bitter rivals who seem to have nothing in common but size 8½ feet and some family secrets. After a heart-rending falling out, they accidentally discover they also share a long-lost grandmother (Shirley MacLaine). Together they travel a bumpy road toward making peace with each other and themselves!