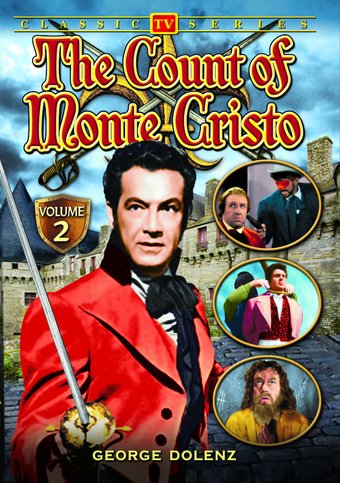 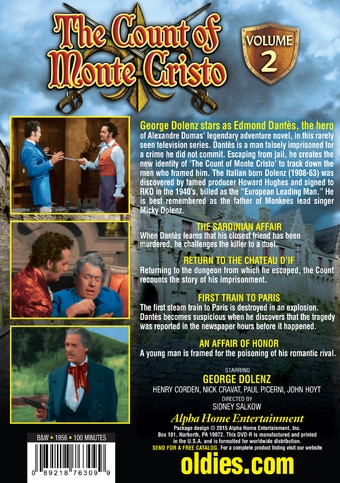 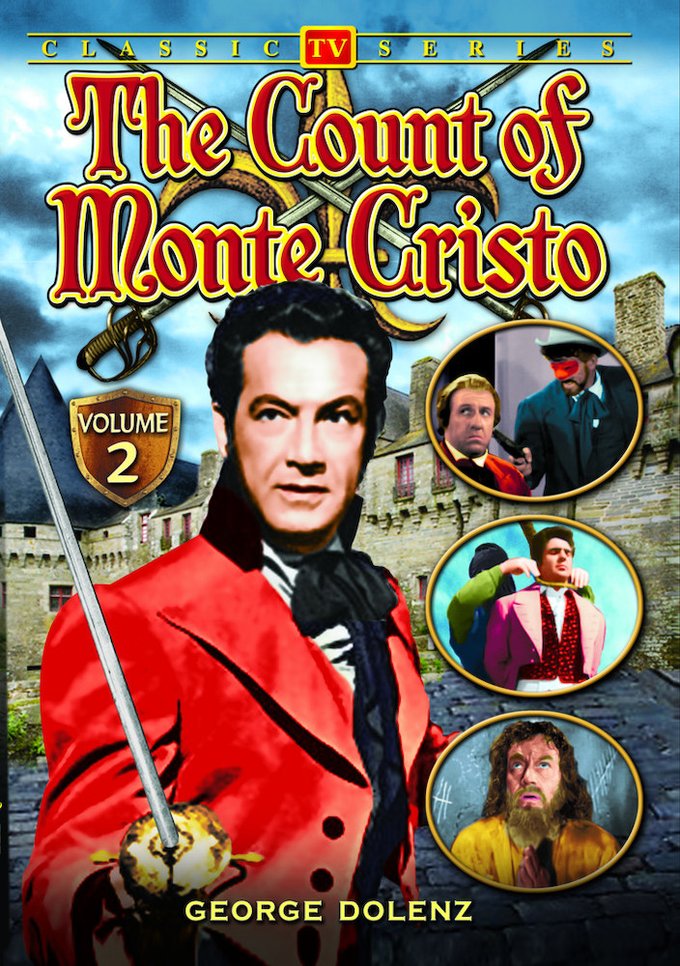 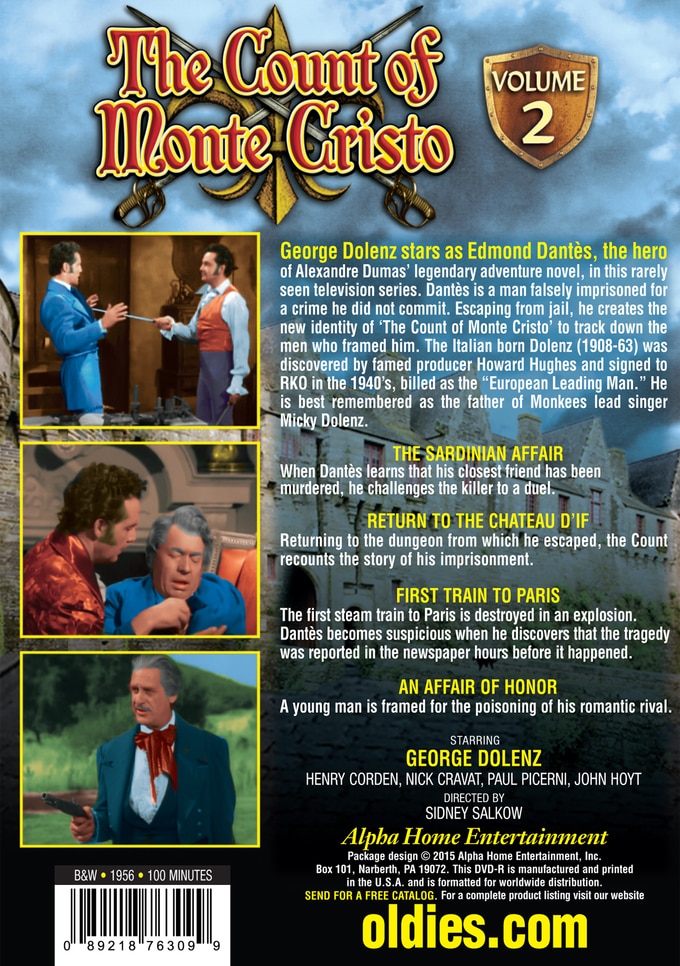 George Dolenz stars as Edmond Dantès, the hero of Alexandre Dumas' legendary adventure novel, in this rarely-seen television series. Dantès is a man falsely imprisoned for a crime he did not commit. Escaping from jail, he creates the new identity of 'The Count of Monte Cristo' to track down the men who framed him. The Italian-born Dolenz (1908-63) was discovered by famed produced Howard Hughes and signed to RKO in the 1940's, billed as the "European Leading Man". He is best remembered as the father of Monkees lead singer Micky Dolenz. Henry Corden, who would later play the Monkees' landlord and provide the voice of Fred Flintstone, co-stars as the Count's sidekick Carlo.

THE SARDINIAN AFFAIR: When Dantès learns that his closest friend has been murdered, he challenges the killer to a duel.

RETURN TO THE CHATEAU D'IF: Returning to the dungeon from which he escaped, the Count recounts the story of his imprisonment.

FIRST TRAIN TO PARIS: The first steam train to Paris is destroyed in an explosion. Dantès becomes suspicious when he discovers that the tragedy was reported in the newspaper hours before it happened.

AN AFFAIR OF HONOR: A young man is framed for the poisoning of his romantic rival.