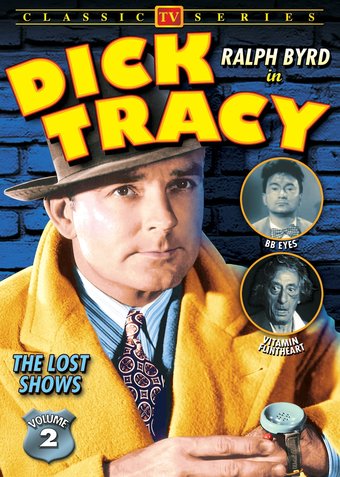 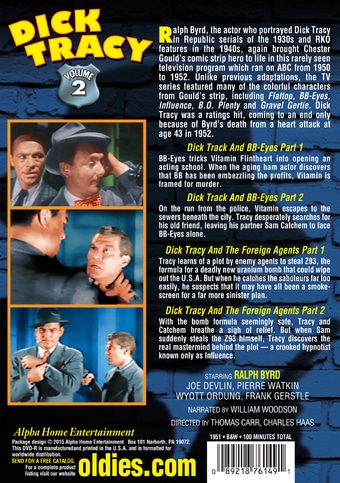 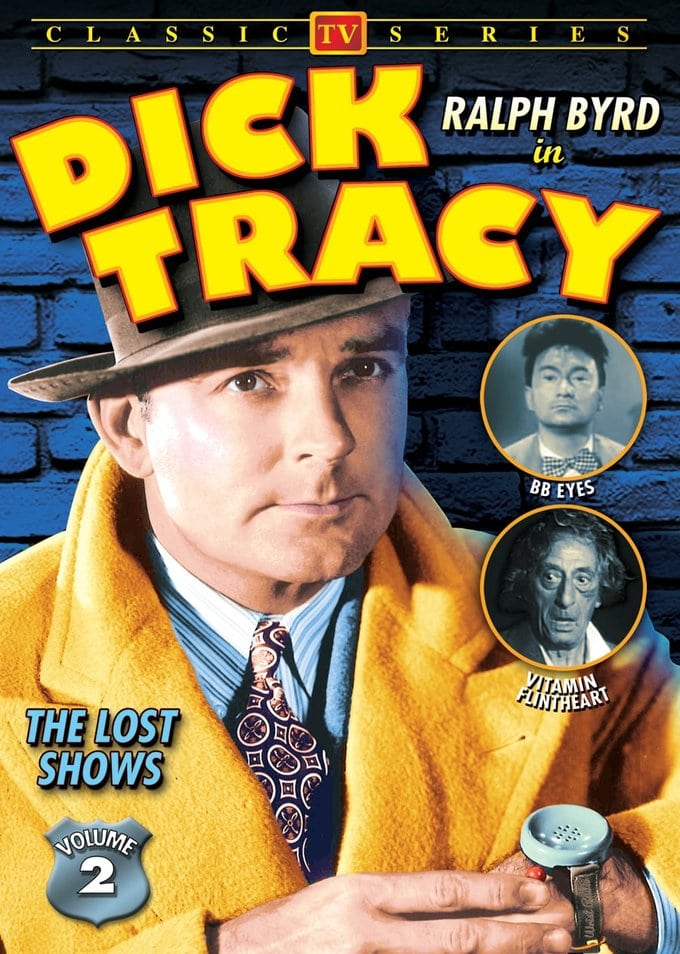 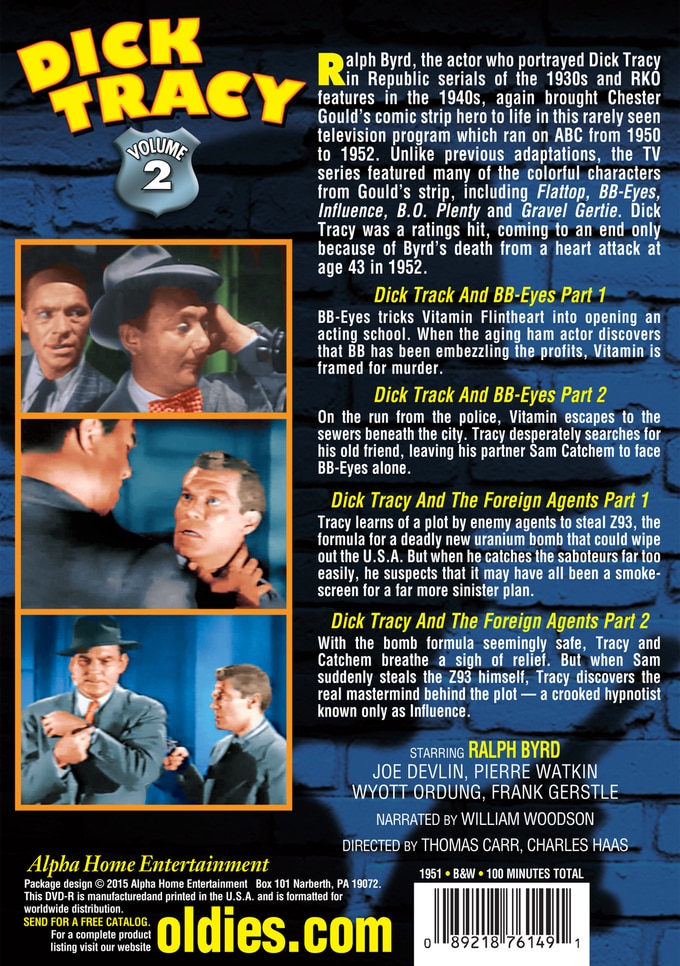 Ralph Byrd, the actor who portrayed Dick Tracy in Republic serials of the 1930s and RKO features in the 1940s, again brought Chester Gould's comic strip hero to life in this rarely seen television program which ran on ABC from 1950 to 1952. Unlike previous adaptations, the TV series featured many of the colorful characters from Gould's strip, including Flattop, BB-Eyes, Influence, B.O. Plenty and Gravel Gertie. Dick Tracy was a ratings hit, coming to an end only because of Byrd's death from a heart attack at age 43 in 1952.

DICK TRACK AND BB-EYES PART 1: BB-Eyes tricks Vitamin Flintheart into opening an acting school. When the aging ham actor discovers that BB has been embezzling the profits, Vitamin is framed for murder.

DICK TRACY AND BB-EYES PART 2: On the run from the police, Vitamin escapes to the sewers beneath the city. Tracy desperately searches for his old friend, leaving his partner Sam Catchem to face BB-Eyes alone.

DICK TRACY AND THE FOREIGN AGENTS PART 1: Tracy learns of a plot by enemy agents to steal Z93, the formula for a deadly new uranium bomb that could wipe out the U.S.A. But when he catches the saboteurs far too easily, he suspects that it may have all been a smokescreen for a far more sinister plan.

DICK TRACY AND THE FOREIGN AGENTS PART 2: With the bomb formula seemingly safe, Tracy and Catchem breathe a sigh of relief. But when Sam suddenly steals the Z93 himself, Tracy discovers the real mastermind behind the plot -- a crooked hypnotist known only as Influence.