Don't hope for a miracle. Make one. 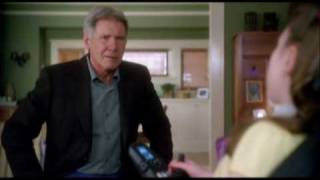 Inspired by an incredible true story, the CBS Films docudrama portrays one father's desperate quest to save his children from succumbing to a rare life-threatening genetic disorder. Working-class father John Crowley (Brendan Fraser) is finally on the fast track to corporate success when his two young children, Megan and Patrick, are diagnosed with Pompe disease -- a condition that prevents the body from breaking down sugar. In time, it disables the heart and the muscles, ultimately resulting in death. With the support of his wife, Aileen (Keri Russell), John ditches his career and teams with unconventional specialist Dr. Robert Stonehill (Harrison Ford) to found a bio-tech company and develop a cure in time to save the lives of Megan and Patrick. As Dr. Stonehill works tirelessly to prove the theories that made him the black sheep of the medical community, a powerful bond is forged between the two unlikely allies. Still, their greatest struggle is yet to come.