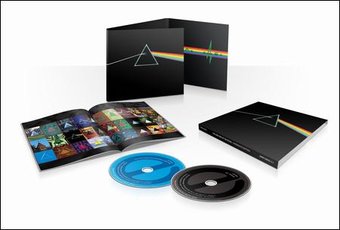 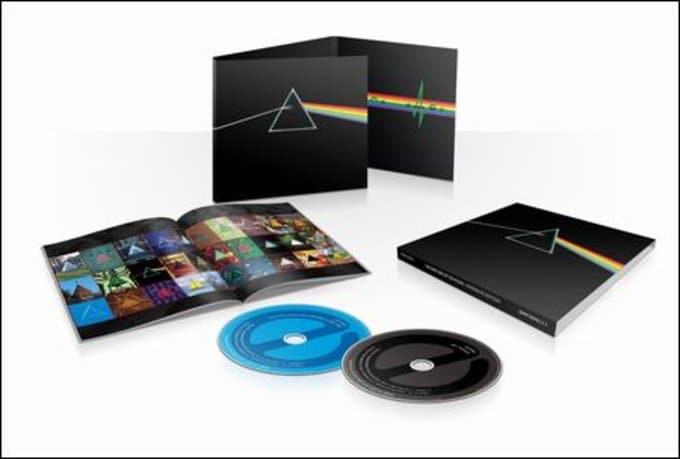 Get email alerts for Pink Floyd
Out of Print: Future availability is unknown
Notify Me When Available
Add to Wishlist
Format:  CD  (2 Discs)
item number:  7H5DS
91% recommend us!

Personnel: David Gilmour (vocals, guitar); Richard Wright (vocals, keyboards); Roger Waters (vocals, bass guitar); Nick Mason (percussion).
Recording information: Abbey Road Studios, London (06/1972-01/1973); The Empire Pool, Wembley, London (06/1972-01/1973); Abbey Road Studios, London (11/1974); The Empire Pool, Wembley, London (11/1974).
Photographers: Chris Craske; Storm Thorgerson; Tony May.
By condensing the sonic explorations of Meddle to actual songs and adding a lush, immaculate production to their trippiest instrumental sections, Pink Floyd inadvertently designed their commercial breakthrough with Dark Side of the Moon. The primary revelation of Dark Side is what a little focus does for the band. Roger Waters wrote a series of songs about mundane, everyday details which aren't that impressive by themselves, but when given the sonic backdrop of Floyd's slow, atmospheric soundscapes and carefully placed sound effects, they achieve an emotional resonance. But what gives the album true power is the subtly textured music, which evolves from ponderous, neo-psychedelic art rock to jazz fusion and blues-rock before turning back to psychedelia. It's dense with detail, but leisurely paced, creating its own dark, haunting world. Pink Floyd may have better albums than Dark Side of the Moon, but no other record defines them quite as well as this one. [Dwarfed next to its Immersion Edition cousin, the Experience Edition of Dark Side of the Moon contains James Guthrie's 2011 remaster of the classic 1973 album and a second disc containing Pink Floyd's 1974 concert at Wembley where they performed the album in its entirety. Although some fans may wish that the bonus disc contained the original Alan Parsons mix, demos, and outtakes that is exclusive to the six-disc Immersion Edition, this is an excellent concert that captures the Floyd at full flight, and it is certainly a worthwhile addition to a familiar classic.] ~ Stephen Thomas Erlewine

52%off
Pink Floyd
Dark Side Of The Moon: Gel Ink Pen
$2.38 Super Savings
Add to Cart