An investigator tries to solve the mystery of a split-second railroad robbery in this rare film noir. 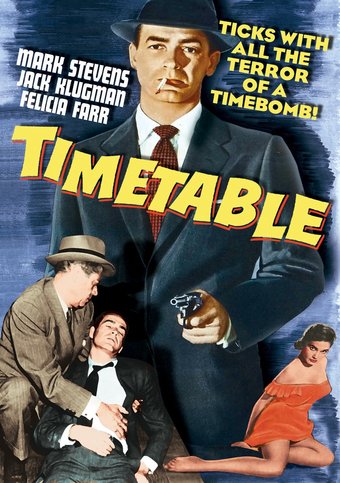 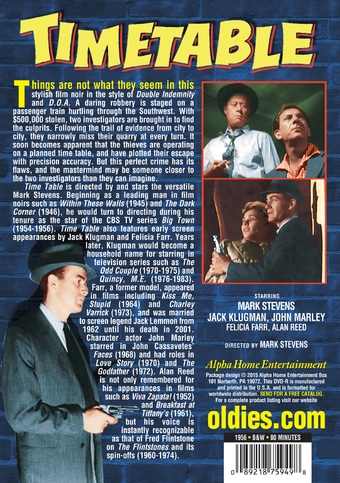 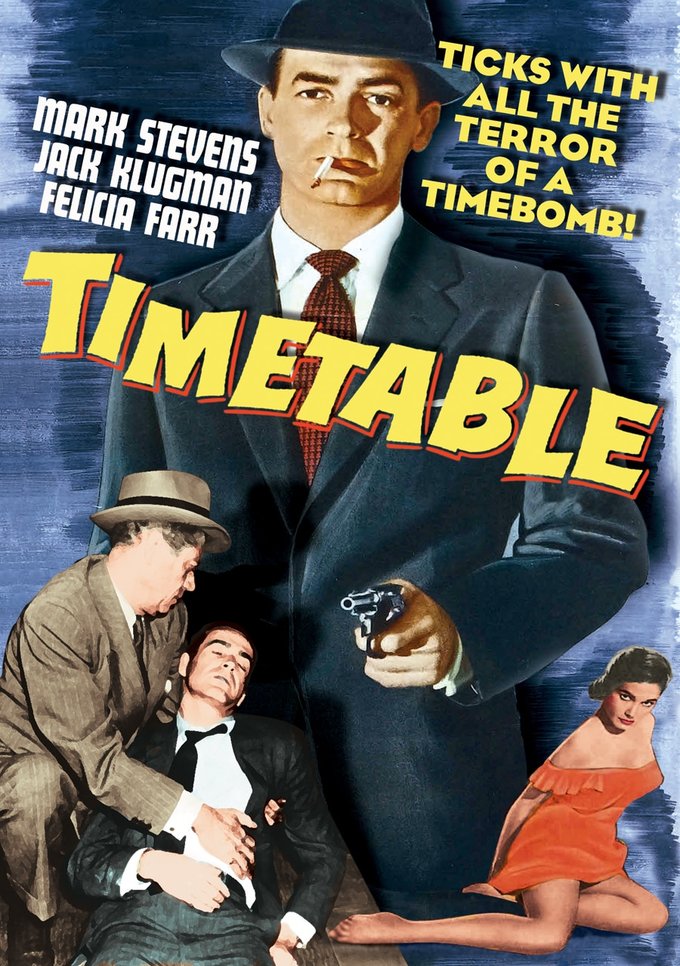 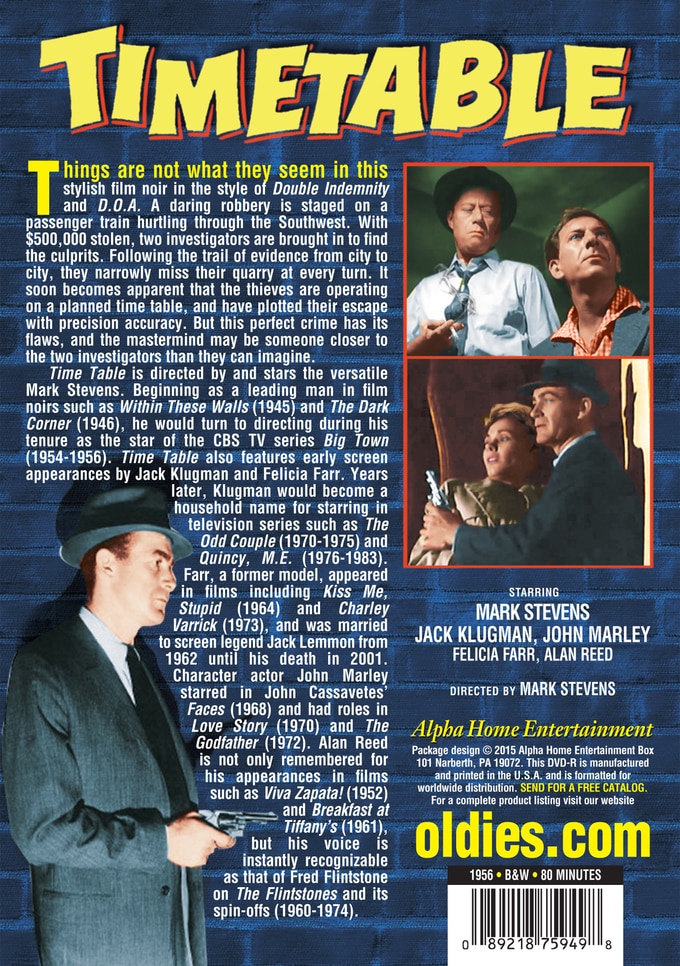 Things are not what they seem in this stylish film noir in the style of Double Indemnity and D.O.A. A daring robbery is staged on a passenger train hurtling through the Southwest. With $500,000 stolen, two investigators are brought in to find the culprits. Following the trail of evidence from city to city, they narrowly miss their quarry at every turn. It soon becomes apparent that the thieves are operating on a planned timetable, and have plotted their escape with precision accuracy. But this perfect crime has its flaws, and the mastermind may be someone closer to the two investigators than they can imagine.

Time Table is directed by and stars the versatile Mark Stevens. Beginning as a leading man in film noirs such as Within These Walls (1945) and The Dark Corner (1946), he would turn to directing during his tenure as the star of the CBS TV series Big Town (1954-1956). Time Table also features early screen appearances by Jack Klugman and Felicia Farr. Years later, Klugman would become a household name for starring in television series such as The Odd Couple (1970-1975) and Quincy, M.E. (1976-1983). Farr, a former model, appeared in films including Kiss Me, Stupid (1964) and Charley Varrick (1973), and was married to screen legend Jack Lemmon from 1962 until his death in 2001. Character actor John Marley starred in John Cassavetes' Faces (1968) and had memorable roles in Love Story (1970) and The Godfather (1972). Alan Reed is not only remembered for his appearances in films such as Viva Zapata! (1952) and Breakfast at Tiffany's (1961), but his voice is instantly recognizable as that of Fred Flintstone on The Flintstones and its subsequent spin-offs (1960-1974).

Mystery | Justice | Scams And Cons | Thriller | Film Noir | Detective | Crime | Friendships | Train Adventures | Railroads | Railway Travel
This product is made-on-demand by the manufacturer using DVD-R recordable media. Almost all DVD players can play DVD-Rs (except for some older models made before 2000) - please consult your owner's manual for formats compatible with your player. These DVD-Rs may not play on all computers or DVD player/recorders. To address this, the manufacturer recommends viewing this product on a DVD player that does not have recording capability.

The Accused
$19
Add to Cart