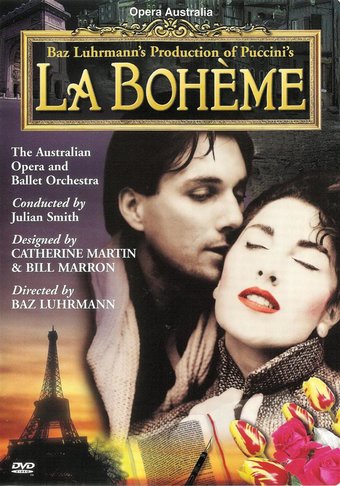 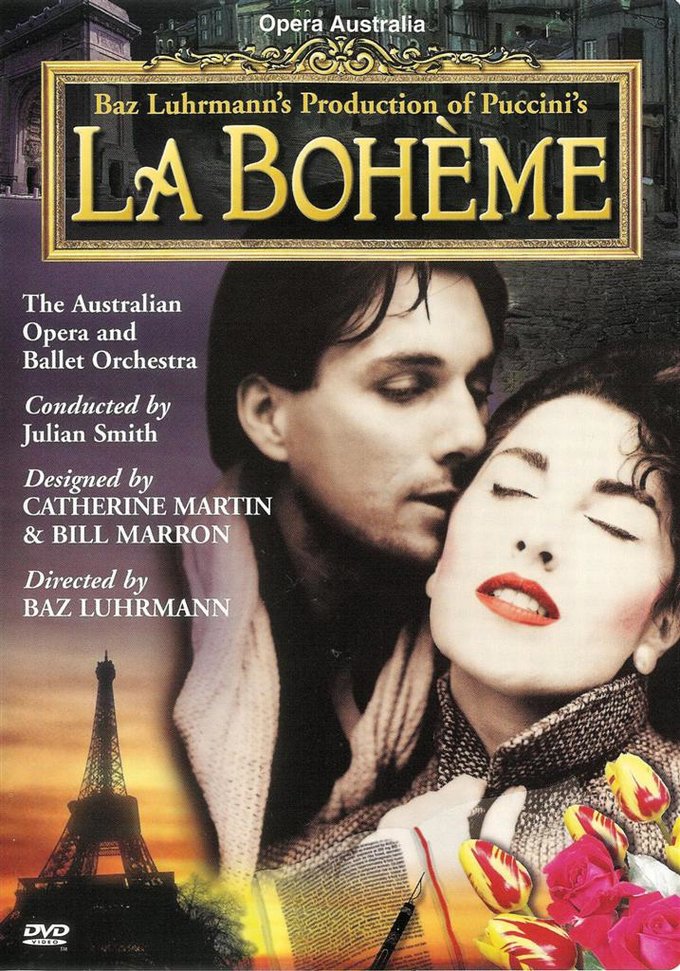 Recorded live at the Sydney Opera House, this Australian Opera production of Puccini's perennial favorite was staged by the creative team that made the hit STRICTLY BALLROOM. They have crafted a compelling and artful reworking of the opera, using the postwar privations of 1950s Paris as a convincing setting and capturing, above all else, the youthfulness and intensity of the story with a raw sincerity.

Baz Luhrmann, the director of "Moulin Rouge," and his Academy Award-winning creative team including designers Catherine Martin and Bill Marron, bring you this compelling and artful reworking of the legendary Puccini opera. Recorded live from the Sydney Opera House, this unabashedly romantic interpretation uses the post-war setting of 1950s Paris to capture the youthfulness and intensity of the story with raw sincerity. Cheryl Barker and David Hobson head an ensemble production as Mimi and Rodolfo, whose dramatic and ultimately tragic romance anchors an unforgettable musical journey. Conducted by Julian Smith.

68%off
André Previn / Royal Philharmonic Orchestra
Sounds Magnificent - The Story of the Symphony: Tchaikovsky... (DVD)
$7.98 on Sale
Add to Cart