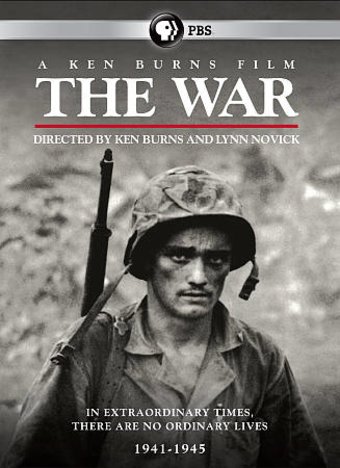 After tackling the truly American subjects of jazz and baseball, award-winning documentarian Ken Burns returns to our country's military history with THE WAR. His acclaimed 1991 series, THE CIVIL WAR, was devoted to the War Between the States, while this 2007 production pays the same amount of care and attention to World War II. Rather than keeping THE WAR on the frontlines, Burns and his fellow director Lynn Novick also explore life on the homefront in four towns: Waterbury, Connecticut; Mobile, Alabama; Sacramento, California; and Luverne, Minnesota. Keith David, who also lent his baritone to KEN BURNS' JAZZ, narrates this documentary series, while actors such as Tom Hanks, Samuel L. Jackson, Josh Lucas, and Adam Arkin give readings of historical accounts of those who fought on the other side of the world, as well as those who were fighting in their own way back home.