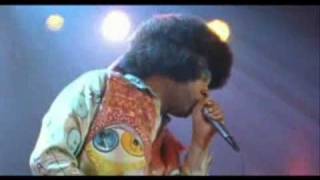 Michael Winslow from the POLICE ACADEMY movies invites you to join him in this live performance of his own inimitable sound-effect comedy. Jet planes, dogs barking, and feet splashing are just a few of the thousands of sounds Michael is capable of, so get ready to enjoy a night of stand up comedy like you've never seen (or heard!) before.

Dogs barking. Feet squishing in soggy sneakers. Jet engines roaring. All ordinary, familiar sounds when they come from ordinary, familiar sources. How extraordinary when the source is Michael Winslow! With extensive film and stage credts including all seven "Police Academy" movies, Michael is not be missed. Recorded live, this video performance captures the master of 10,000 sound effects at his best!

25%off
Sergeant Preston of the Yukon
$5.95 Spring Sale
Add to Cart