Hollywood's best talents, both behind and in front of the camera, bring us two cautionary tales about the Nazi menace. 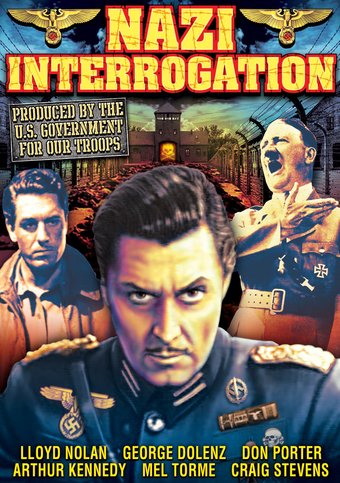 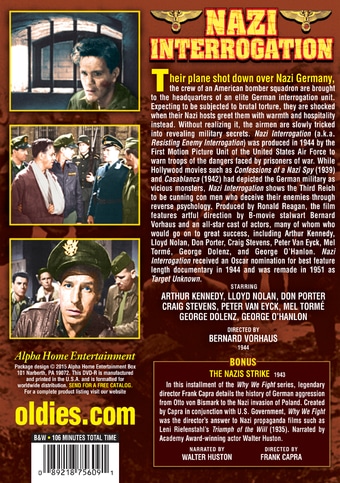 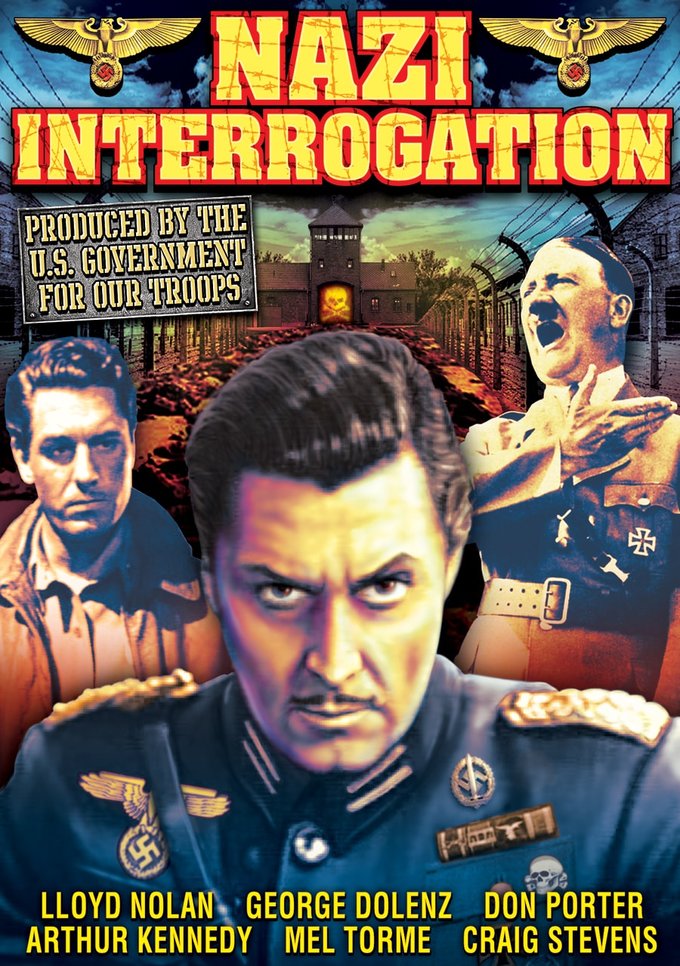 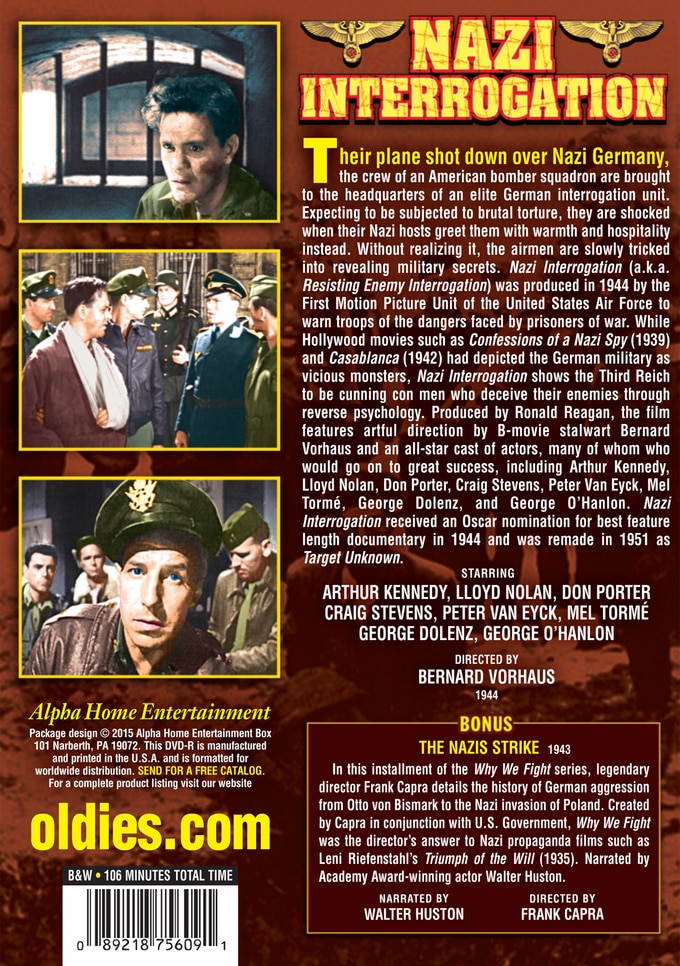 Their plane shot down over Nazi Germany, an American bomber crew are brought to the headquarters of an elite German interrogation unit. Expecting to be subjected to brutal torture, they are shocked when their Nazi hosts greet them with warmth and hospitality instead. Without realizing it, the airmen are slowly tricked into revealing military secrets. Nazi Interrogation (a.k.a. Resisting Enemy Interrogation) was produced in 1944 by the First Motion Picture Unit of the United States Air Force to warn troops of the dangers faced by prisoners of war. While Hollywood movies such as Confessions of a Nazi Spy (1939) and Casablanca (1942) had depicted the German military as vicious monsters, Nazi Interrogation shows the Third Reich to be cunning con men who deceive their enemies through reverse psychology. Produced by Ronald Reagan, the film features artful direction by B-movie stalwart Bernard Vorhaus and an all-star cast of actors, many of whom who would go on to great success, including Arthur Kennedy, Lloyd Nolan, Don Porter, Craig Stevens, Peter Van Eyck, Mel Tormé, George Dolenz, and George O'Hanlon. Nazi Interrogation received an Oscar nomination for best feature-length documentary in 1944 and was remade in 1951 as Target Unknown.

BONUS: THE NAZIS STRIKE (BW, 1943): In this installment of the Why We Fight series, legendary director Frank Capra details the history of German aggression from Otto von Bismark to the Nazi invasion of Poland. Created by Capra in conjunction with U.S. Government, Why We Fight was the director's answer to Nazi propaganda films such as Leni Riefenstahl's Triumph of the Will (1935). Narrated by Academy Award-winning actor Walter Huston.