O.C. Smith Hickory Holler Revisited / For Once In My Life 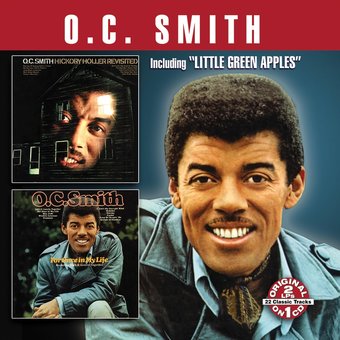 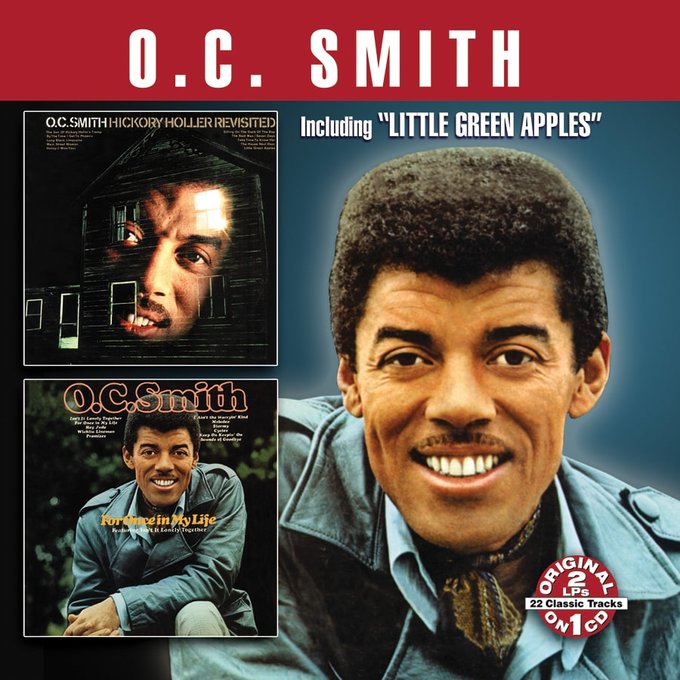 Get email alerts for O.C. Smith
TOP 100 Bestseller
6 ratings
Currently Out of Stock: We'll get more as soon as possible
Notify Me When Available
Add to Wishlist
Format:  CD
item number:  COL 7545
Related products:
The Dells: The Ultimate Collection for $8.60
Waylon Jennings: Goin' Down Rockin': The Last Recordings for $15.70
O.C. Smith - How Sweet It Is: Live on TV's "Ad Lib" Series for $15.60

After several years as the vocalist for Count Basie's band (he replaced Joe Williams), O.C. Smith moved into soul and hit #2 on the pop and R&B charts in 1968 with "Little Green Apples" (track #7). Included as a bonus track is Smith's recording of Mac Davis' "Friend, Lover, Woman, Wife."

2 LPs on 1 CD: HICKORY HOLLER REVISITED (1968)/FOR ONCE IN MY LIFE (1969).
Originally released on Columbia Records.
Liner Note Author: Della Reese.
Arranger: Hidle Brown Barnum.
Already a successful jazz vocalist , O.C. Smith crossed over into the pop market when "Little Green Apples" became a hit in 1968; reaching the number two spot on both the Billboard pop and R&B charts, its relaxed pace set the mood for his second solo album, Hickory Holler Revisited. Easily his most popular release, several other songs from the album made the R&B charts, including "Honey (I Miss You)," "Isn't It Lonely Together," and the definitive country-soul of "The Son of Hickory Holler's Tramp." The other album included on this Collectables two-fer, For Once in My Life, continues the country-soul stylings that Smith favored with versions of Jimmy Webb's "Wichita Lineman" and "Sounds of Goodbye," penned by Eddie Rabbit. His cover of Mac Davis' "Friend, Lover, Woman, Wife" is included as a bonus track. ~ Wade Kergan

60%off
The Drifters
Save The Last Dance For Me / The Good Life With The Drifters (CD)
$5.98 on Sale
Add to Cart


As above...Finally...! My "Old Hickory Holler LP" with a "Bonus LP" on a twofer from one of the best "reissuecompanies" in The World: Collectibles! Btw, I could have add a few more stars...
Janne/Sweden