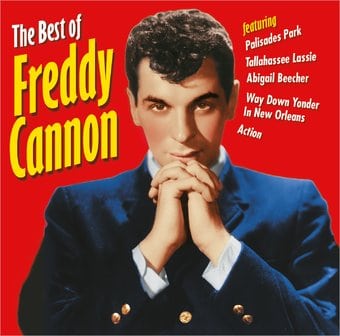 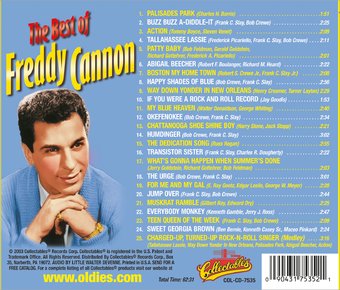 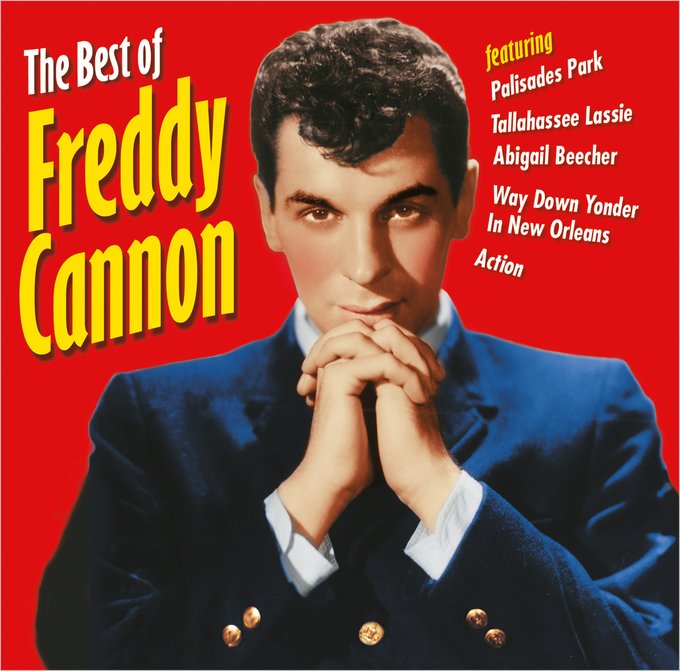 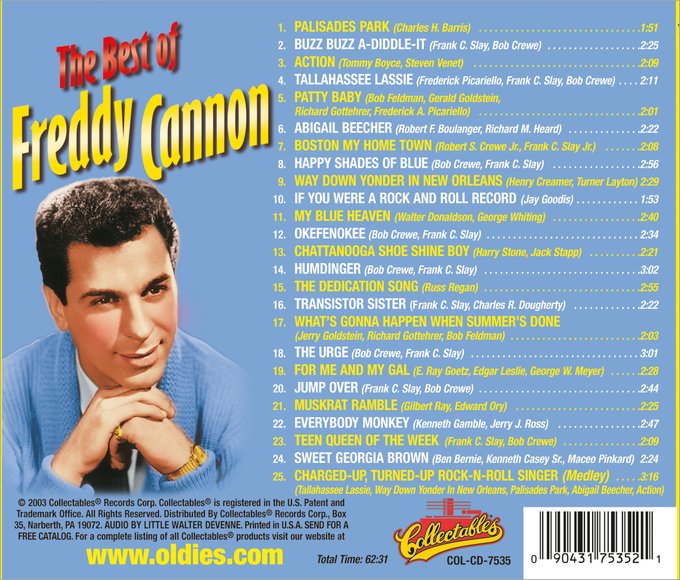 This definitive, 25-track collection contains all of Freddy "Boom Boom" Cannons' hits and then some. Contains digitally remastered original recordings.

Liner Note Author: Bill Dahl.
Freddy "Boom Boom" Cannon is one of the truly underrated early rock & rollers. He operated in the dead period of the early '60s and recorded some great hopped-up rock & roll tunes that have become classics. "Tallahassee Lassie" and "Palisades Park" were his two biggest and best songs, and they are included along with 23 more great rockers on Collectables' The Best of Freddy Cannon. Tracks like "Action" (the theme to Dick Clark's Where the Action Is TV show), "Way Down Yonder in New Orleans," and "Buzz Buzz A-Diddle-It" show off Cannon's energetic and humorous style in fine fashion. He seemingly never recorded a ballad; the whole disc is a headlong rush from one wild rocker to the next. This is a great collection, but it seems to be overkill on Collectables' part. There is already a very strong collection on Rhino, The Best of Freddy "Boom Boom" Cannon, that has practically the same track listing as this disc. It has five fewer songs, but also avoids going on for too long with too many songs that sound the same, which is the Collectables collection's only flaw. To further confuse things, there is a 20-track collection on Varese Vintage that covers Cannon's recordings made between 1960 and 1963 that has most of the same tracks as the other two. Varese also released a collection of Cannon's less-essential work from 1964 to 1981. For an underrated singer, those are a lot of compilations to choose from. Cannon fanatics will no doubt want to purchase both the Varese collections to get the full picture of his career. More casual fans will be well served by either the Rhino or Collectables releases. ~ Tim Sendra