Captured by You (Widescreen) (Hindi, Subtitled in English) 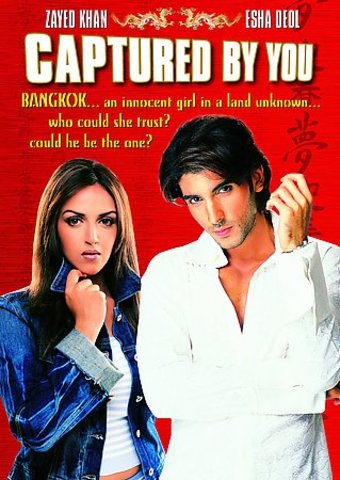 CAPTURED BY YOU is a Bollywood romp that plays on vintage Hollywood action films driven by intrigue, chase scenes, and romance. The protagonist Tina finds herself the center of interest of some unsavory characters, including the handsome and wily Vijay. Of course, the drama, action, and plot twists are balanced with comedy, songs, and dancing in true Bollywood fashion.

A breathless cat-and-mouse romantic thriller laced with charming comedy and catchy songs, this Bollywood spin on classic Hollywood nail biters offers dazzling action sequences in a globe-hopping tale of intrigue and danger! Summoned to the Indian embassy in Bangkok, beautiful Tina learns that a stolen cache of FBI gold in her recently deceased uncle's possession has made her the target of three partners-in-crime... as well as a charming con man, Vijay, whose true motives may be darker and more deadly than she could imagine.