The famed comic strip detective fights the hook-handed killer "The Claw" in this action-packed crime tale. Includes the promo reel for the 1950 Dick Tracy TV series. 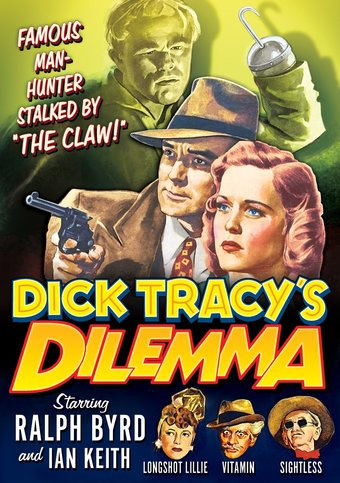 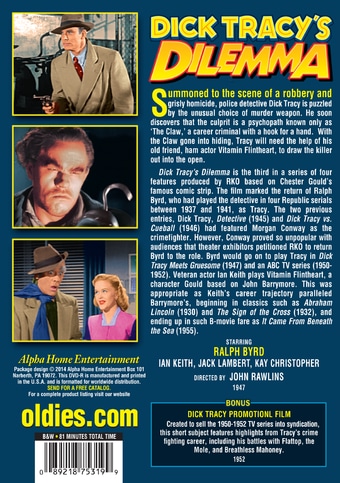 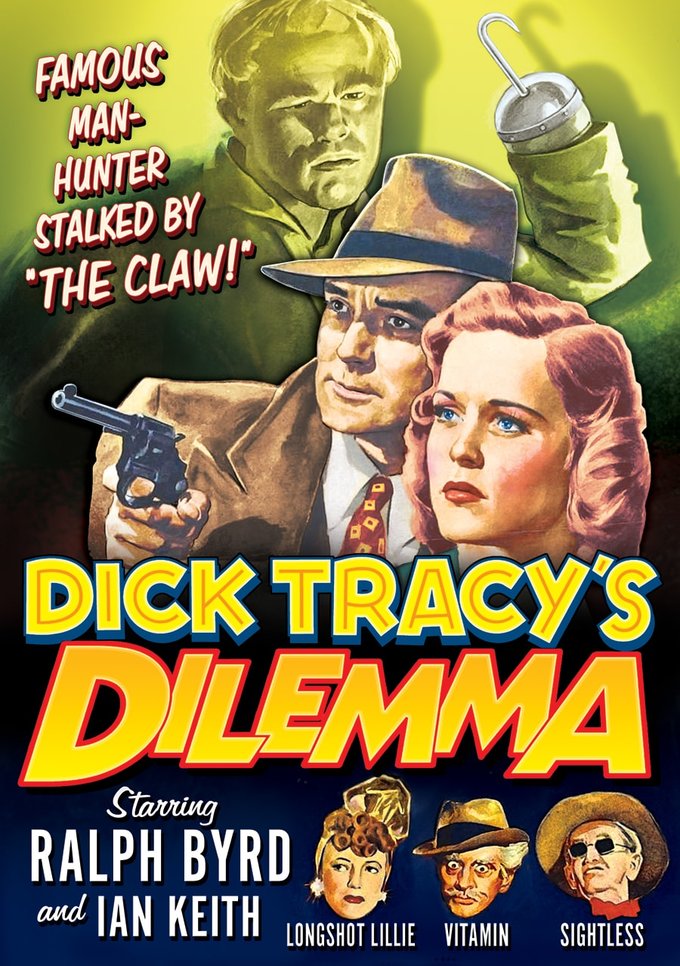 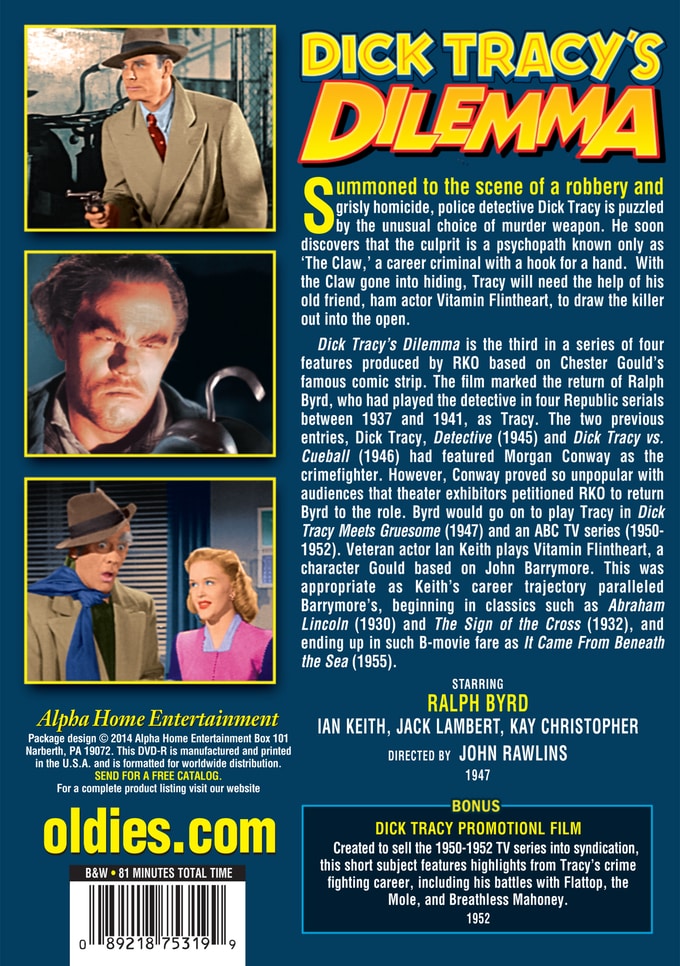 Summoned to the scene of a robbery and grisly murder, police detective Dick Tracy is puzzled by the unusual choice of murder weapon. He soon discovers that the culprit is a psychopath known only as 'The Claw', a career criminal with a hook for a hand. With the Claw gone into hiding, Tracy will need the help of his old friend, ham actor Vitamin Flintheart, to draw the killer out into the open.

Dick Tracy's Dilemma is the third in a series of four features produced by RKO based on Chester Gould's famous comic strip. The film marked the return of Ralph Byrd, who had played the detective in four Republic serials between 1937 and 1941, as Tracy. The two previous entries, Dick Tracy, Detective (1945) and Dick Tracy vs. Cueball (1946) had featured Morgan Conway as the crimefighter. However, Conway proved so unpopular with audiences that theater exhibitors petitioned RKO to return Byrd to the role. Byrd would go on to play Tracy in Dick Tracy Meets Gruesome (1947) and an ABC TV series (1950-1952). Veteran actor Ian Keith plays Vitamin Flintheart, a character Gould based on John Barrymore, as if he had just stepped out of the comic strip. This was appropriate as Keith's career trajectory paralleled Barrymore's, beginning in classics such as Abraham Lincoln (1930) and The Sign of the Cross (1932), and ending up in such B-movie fare as It Came From Beneath the Sea (1955).

Bonus: Dick Tracy Promotional Film (1952) -- Created to sell the 1950-1952 TV series into syndication, this short subject features highlights from Tracy's crime fighting career, including his battles with Flattop, the Mole, and Breathless Mahoney.

Detectives | Mystery | Suspense | Thriller | Comic Book
This product is made-on-demand by the manufacturer using DVD-R recordable media. Almost all DVD players can play DVD-Rs (except for some older models made before 2000) - please consult your owner's manual for formats compatible with your player. These DVD-Rs may not play on all computers or DVD player/recorders. To address this, the manufacturer recommends viewing this product on a DVD player that does not have recording capability.

Sisters of Death
$10
Add to Cart