After her husband runs off with a younger woman, a housewife finds success as a high-fashion designer. 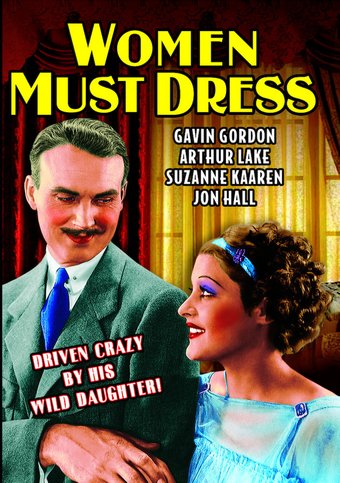 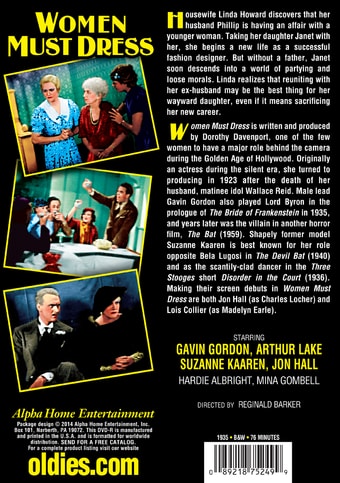 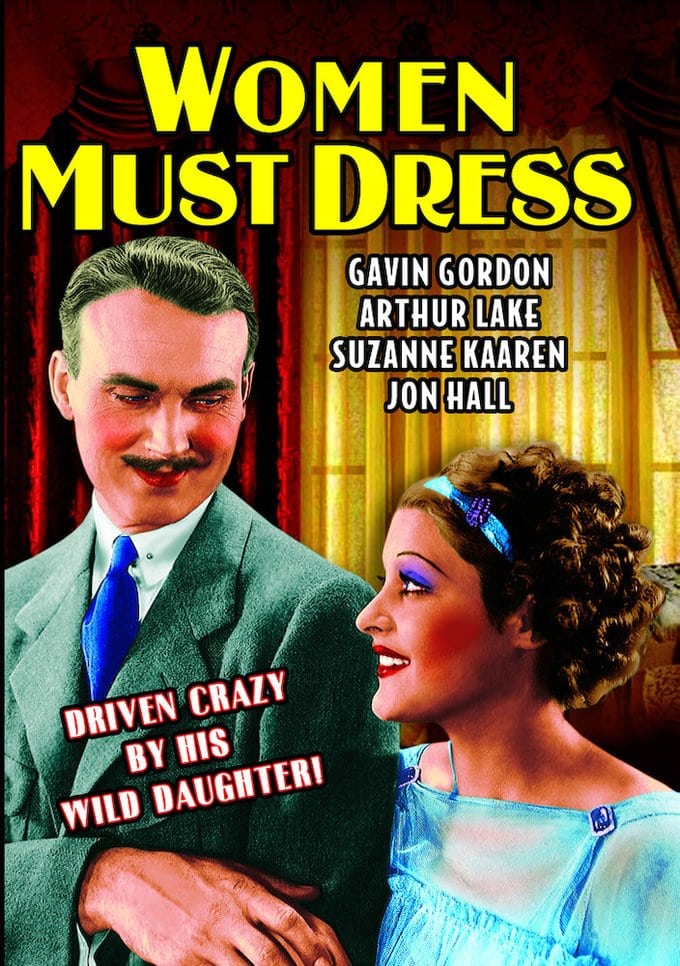 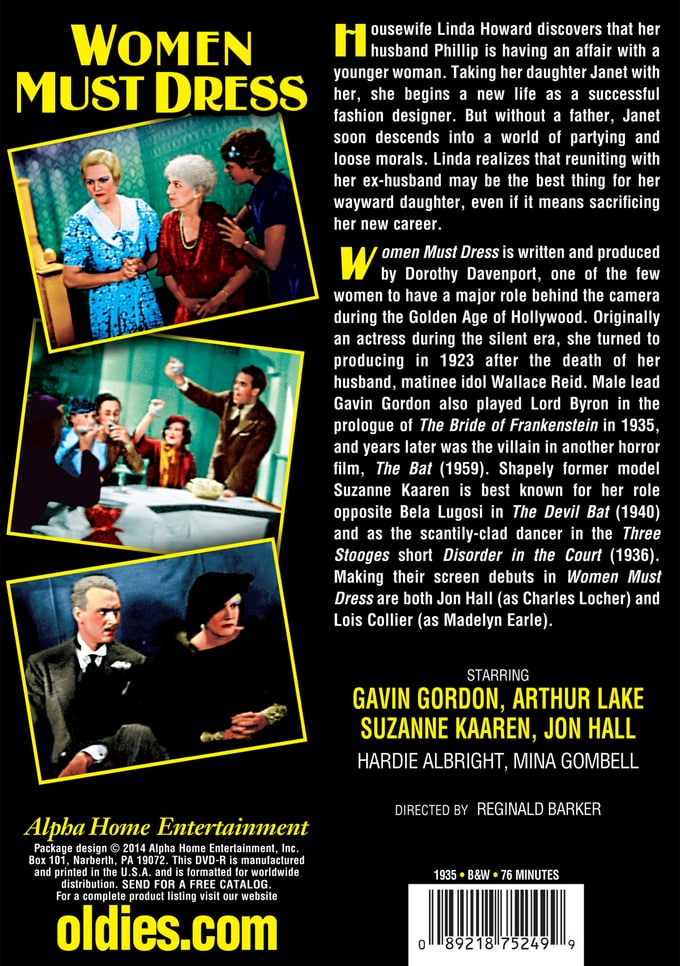 Housewife Linda Howard discovers that her husband Phillip is having an affair with a younger woman. Taking her daughter Janet with her, she begins a new life as a successful fashion designer. But without a father, Janet soon descends into a world of partying and loose morals. Linda realizes that reuniting with her ex-husband may be the best thing for her wayward daughter, even if it means sacrificing her new career.

Women Must Dress is written and produced by Dorothy Davenport, one of the few women to have a major role behind the camera during the Golden Age of Hollywood. Originally an actress during the silent era, she turned to producing in 1923 after the death of her husband, matinee idol Wallace Reid. Male lead Gavin Gordon also played Lord Byron in the prologue of The Bride of Frankenstein in 1935, and years later was the villain in another horror film, The Bat (1959). Shapely former model Suzanne Kaaren is best known for her role opposite Bela Lugosi in The Devil Bat (1940) and as the scantily-clad dancer in the Three Stooges short Disorder in the Court (1936). Making their screen debuts in Women Must Dress are both Jon Hall and Lois Collier. Jon Hall, here using his real name of Charles Locher, would have his breakthrough role in a few years in The Hurricane (1937), opposite Dorothy Lamour. In the 1950s, he would star in the popular adventure program Ramar of the Jungle on television (1952-1954). Lois Collier also appears here under her birth name, Madelyn Earle, in one of her few roles before changing her name in 1938. Taking her new name from a character she once played on a radio program, she would find fame as the unofficial 'Fourth Mesquiteer' of the Three Mesquiteers series (1941-1942) and as Kent Taylor's girlfriend on the Boston Blackie TV show (1951-1953).