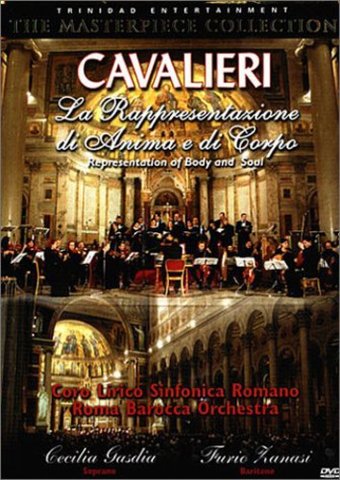 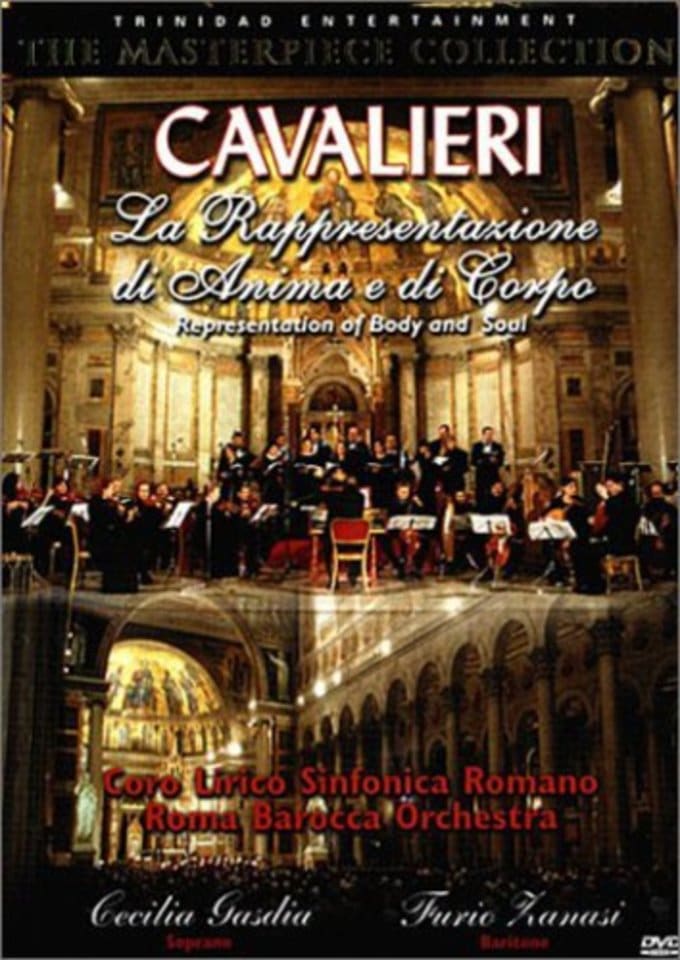 A major musical fixture of the Italian Renaissance, Cavalieri was the master of the oratorio (which later evolved into the opera). His LA RAPPRESENTAZIONE DI ANIMA E DI CORPO (roughly translated "The representation of the soul and the body") was first performed in 1600. This revival, which took place exactly 400 years later, was staged according to Cavalieri's own instructions and specifications. It is performed beautifully by a cast including renowned soprano Cecilia Gasdia, baritone Furio Zanasi, Robert Staccioli, and Massimo Rossetti.

This performance of Cavalieri's "La Rappresentazione di Anima e di Corpo" was taken from the notes and instructions of Cavalieri himself from a published version dated September 1600. This particular performance includes the talent of Cecilia Gasdia (soprano), Furio Zanasi (baritone), Roberto Staccioli, Massimo Rossetti, Stefano Cucci and Lucilla Tumino, along with the Roma Barocca Ensemble and the Symphonic Opera Choir of Rome under the direction of Lorenzo Tozzi. Filmed live in Rome, Italy, at the Basilica San Paolo Fuori Le Mura. A rare and interesting performance available for the first time.