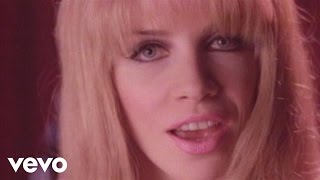 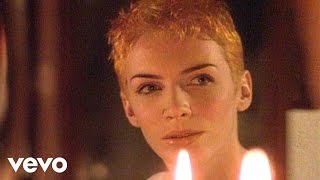 Eurythmics: Annie Lennox (vocals, flute, keyboards); David A. Stewart (guitar, dulcimer, keyboards, xylophone, background vocals).
Additional personnel includes: Martin Dobson (baritone saxophone); Dick Cuthell (trumpet, cornet, flugelhorn); Dean Garcia (bass).
This came at the end of 1983, a particularly prolific period for Stewart and Lennox - they had already spent most of the year in the chart with "Sweet Dreams," released at the beginning of the year. This album shows less reliance on programmed instrumentation and a less "Germanic" feel to the production. "The First Cut" and "Right By Your Side" indicate a loosening up and a more rootsy approach as Lennox discovers she has a great R&B/soul voice. "Here Comes The Rain Again" and "Who's That Girl?" exemplify the more familiar haunting Eurythmics sound.