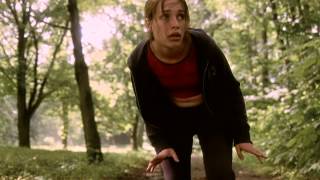 The story of three roommates at a private school for girls, LOST AND DELIRIOUS centers on Mary (Mischa Barton), who is shy and lonely, having spun on a downward spiral ever since the death of her mother three years before. But when she arrives at prep school and meets her new roommates, Pauline (Piper Perabo) and Tory (Jessica Pare)--fun, happy girls--Mary begins to open up. But just as Mary begins to come out of her shell, she discovers that her roommates are lovers, and, not knowing how to talk about it, she bites her tongue and is left feeling more isolated and alone than ever before. To complicate matters, Pauline and Tory break up. Tory insists that she likes boys. And Pauline becomes an emotional wreck--acting out and changing into a dangerously fragile time bomb. With its complicated plot, delicate issues, and convincing adolescent characters, LOST AND DELIRIOUS is a powerful and disturbing look at first love. The first English-language film from director Lea Pool, the film is based on the novel THE WIVES OF BATH by Susan Swan.

18%off
Better Than Chocolate
$12.30 Super Savings
Add to Cart