Four more episodes from the classic TV series including the rare 1949 pilot, The Speckled Band. 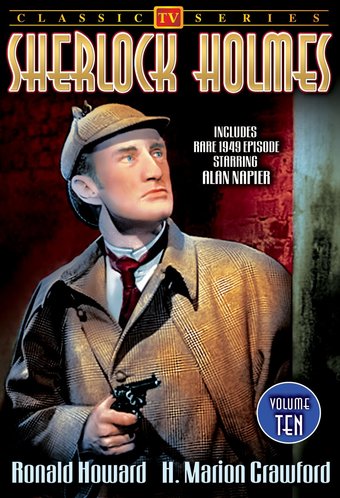 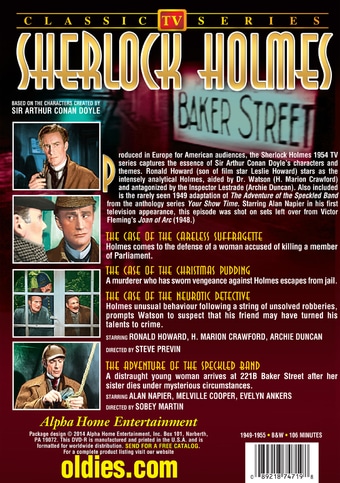 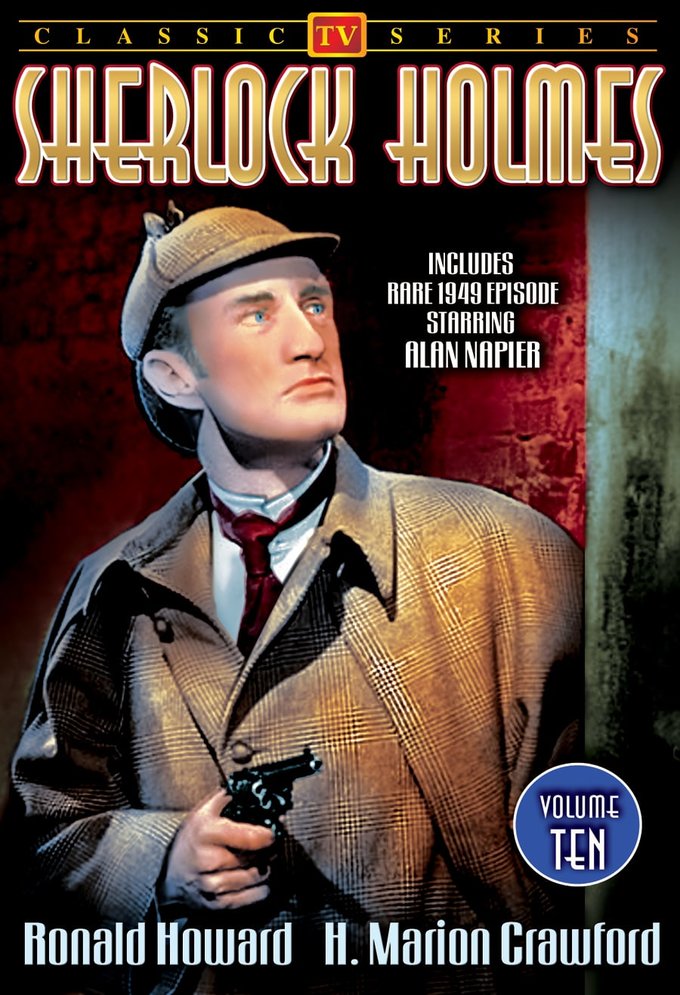 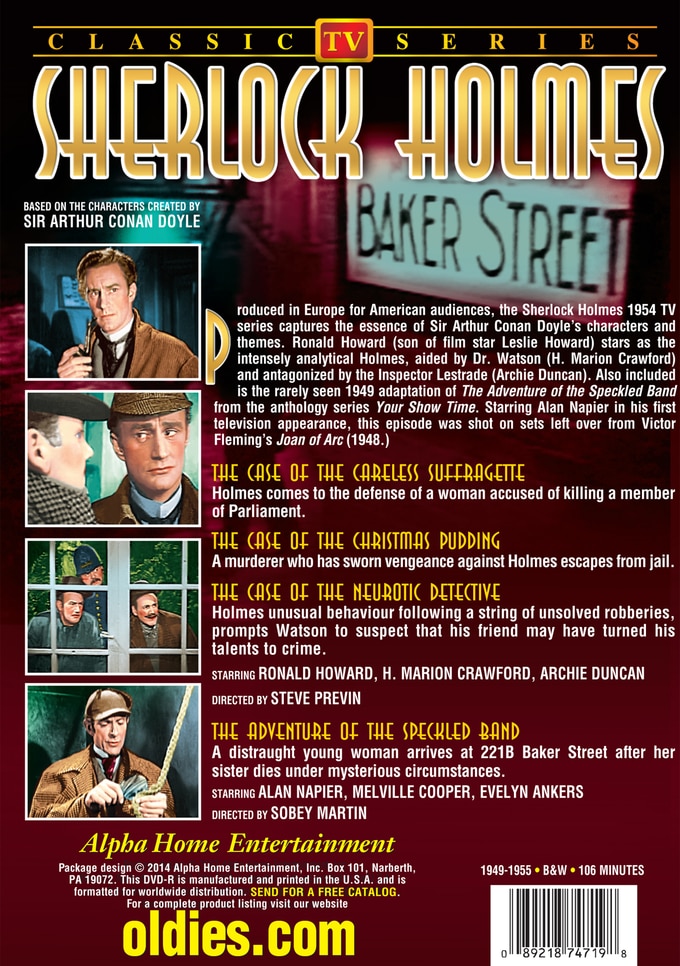 Produced in Europe for American audiences, the Sherlock Holmes 1954 TV series captures the essence of Sir Arthur Conan Doyle's characters and themes. Ronald Howard (son of film star Leslie Howard) stars as the intensely analytical Holmes, aided by Dr. Watson (H. Marion Crawford) and antagonized by the Inspector Lestrade (Archie Duncan). Also included is the rarely seen 1949 adaptation of 'The Adventure of the Speckled Band' from the anthology series Your Show Time. Starring Alan Napier in his first television appearance, this episode was shot on sets left over from Victor Fleming's Joan of Arc (1948.)

The Case Of The Careless Suffragette: Holmes comes to the defense of a woman accused of killing a member of Parliament.

The Case Of The Christmas Pudding: A murderer who has sworn vengeance against Holmes escapes from jail.

The Case Of The Neurotic Detective: With a string of unexplained thefts and Holmes acting even odder than usual, Dr. Watson suspects his friend may have turned his talents to crime. Starring Ronald Howard, H. Marion Crawford and Archie Duncan. Directed by Steve Previn.

The Adventure Of The Speckled Band: A distraught young woman arrives at 221B Baker Street after her sister dies under mysterious circumstances.