The Story of Will Rogers

All his Great Joy and all his God Darned Greatness 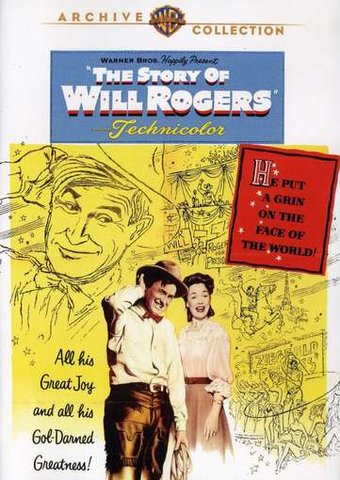 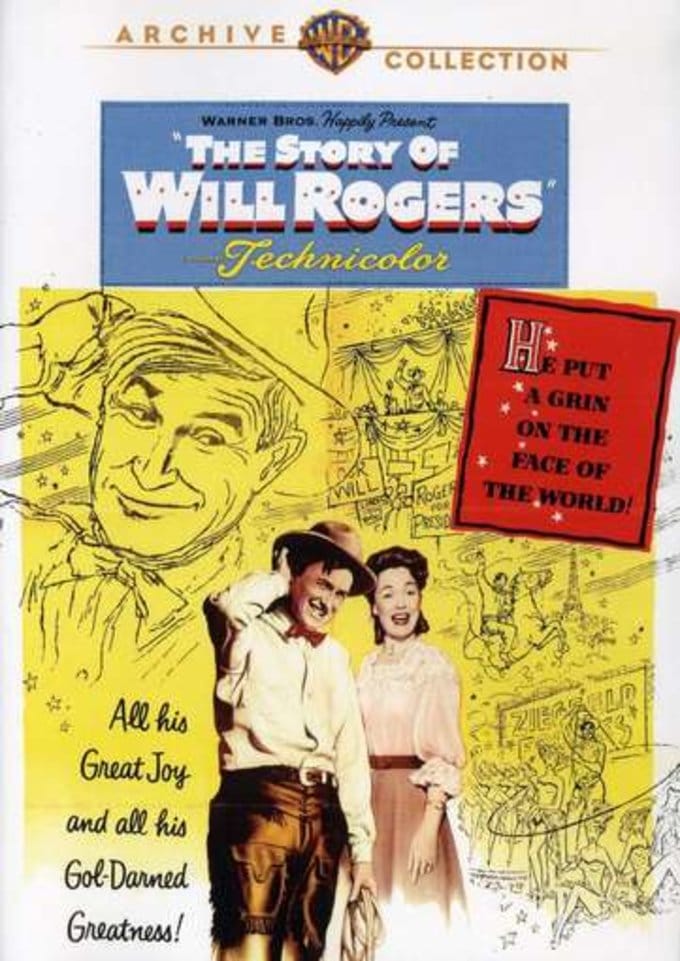 500 ratings
Available: Usually ships in 5-7 business days
Add to Cart
Add to Wishlist
Format:  DVD-R
item number:  FFQD
Also released as:
The Story of Will Rogers for $17.20
91% recommend us!

With heaps of homespun warmth, there's plenty to like about this biography of the "Poet Lariat" who never met a man he didn't like. Based on Betty Rogers' reminiscences, the movie has an authenticity befitting this most authentic of American heroes.

Will Rogers Jr. stars as his own father in this slow, sentimental biopic. The film begins with Rogers' days on his father's ranch in Indian Territory (later Oklahoma). We see Will court his future wife, Betty (Jane Wyman), just before he strikes out on his own as a rodeo performer. Attempting to break into vaudeville with a roping act, Will gets nowhere until he starts cracking extemporaneous jokes about current events. Using the newspapers as his "material," Will rises to the pinnacle of show business in the 1910s and '20s as a star comedian in Flo Ziegfeld's Follies. He matures into a devoted family man, a rancher, a film star, an aviation enthusiast, and America's unofficial goodwill ambassador. During the darkest days of the Depression, Rogers works long and hard on behalf of poverty-stricken farmers in his own home state and elsewhere. In 1935, Rogers joins his old pal Wiley Post (Noah Beery Jr.) for an airplane trip to Alaska -- from which he never returns. THE STORY OF WILL ROGERS sticks to the facts, but the film is surprisingly dull and pedantic considering the director (the usually vigorous Michael Curtiz) and the fascinating subject matter.

Cowboys | Rags To Riches | Showbiz | Actors | Biographical
This product is made-on-demand by the manufacturer using DVD-R recordable media. Almost all DVD players can play DVD-Rs (except for some older models made before 2000) - please consult your owner's manual for formats compatible with your player. These DVD-Rs may not play on all computers or DVD player/recorders. To address this, the manufacturer recommends viewing this product on a DVD player that does not have recording capability.

The Birth of a Nation
$11.70 Super Savings
Add to Cart