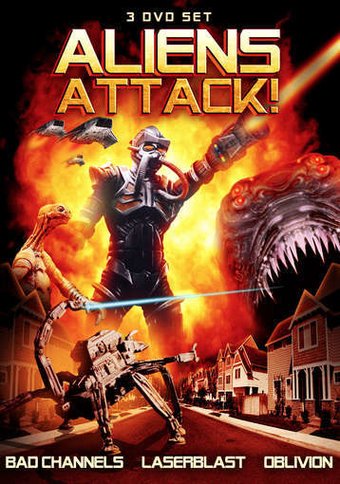 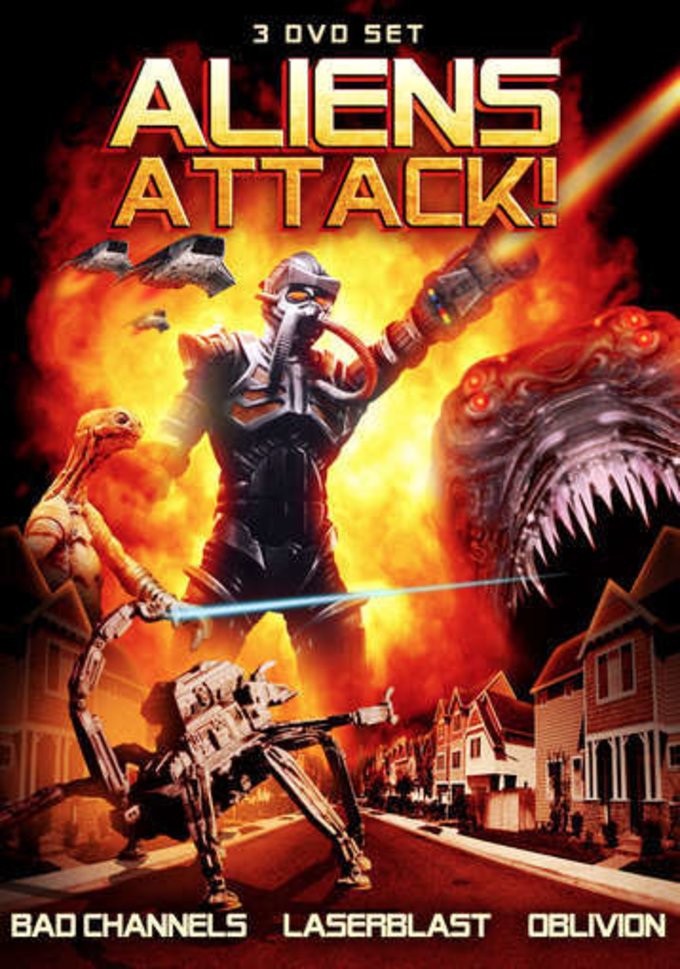 5 ratings
Currently Out of Stock: We'll get more as soon as possible
Notify Me When Available
Add to Wishlist
Format:  DVD  (3 Discs)
item number:  XTXB 05649D
Related products:
Evil Bong 420 for $12
91% recommend us!

BAD CHANNELS: There's a hip new disc jockey at KDUL, Superstation 66, and he's about to make rock and roll history. He's Dangerous Dan O'Dare (Paul Hipp), the most controversial DJ to hit the airwaves and he's going to give his listeners the time of their life. Dangerous Dan is newly employed at KDUL after a six month suspension by the FCC for a stunt he pulled while on the air. He's changing the station's image and contents: from only polka music to a more lively rock and roll. Since he's always the jester, Dan is starting out with a bang. Covering the event for Cable World Network is Lisa Cummings (Martha Quinn) who doesn't trust Dan and thinks he's a hoax. She becomes the butt of his jokes when she spots a UFO landing near the radio station and Dan is quick to laugh until the alien breaks into KDUL. The alien is Cosmo who has developed quite a taste for rock and roll and beautiful young women. By using the airwaves at the station, Cosmo has found a new way to miniaturize and transport the people listening to the radio. His object is to collect a variety of women to take home to his planet and Dan O'Dare is the only witness! As hard as Dan tries to convince the listeners of what's happening, it all backfires as it appears to be another one of his jokes. When Lisa gets miniaturized, along with Cookie (Charlie Spradling) and two other women, she finally believes Dan and they discover the one thing that will stop the alien DJ and make the airwaves safe again.

LASER BLAST: A desert exploration leads to an explosive discovery for Billy - his own personal laser gun. Each time he fires the laser, he begins to mutate, into an alien. Billy terrorizes the town, but it's only a matter of time before the aliens return to reclaim their weapon, and his life. With Roddy McDowall and Keenan Wynn.

OBLIVION: On a frontier light years from OK Corral, a bizarre gang of futuristic desperados have their sights set on turning the tumbleweed town of Oblivion into their own private playground. Their lizard-like leader REDEYE (Andrew Divoff), pumps lawman MARSHALL STONE (Michael Genovese) full of lead in a deadly shootout just outside of MISS KITTYS (Julie Newmar) Kat House and begins terrorizing the towns inhabitants. Meanwhile, Stones long lost pacifist son ZACK (Richard Joseph Paul) and his native sidekick BUTEO (Jimmy F. Skaggs) are escorted into town by the eerie undertaker GAUNT (Carrel Struycken) to pay their respects at the Marshalls funeral. Rendered helpless by Redeye, the tough as nails Cyborg Deputy (Meg Foster) and the Marshalls old friend DOC VALENTINE (George Takei) team up with Zack to take back the troubled town in a final unearthly showdown

46%off
Invisible: The Chronicles of Benjamin Knight (DVD)
$6.98 Super Savings
Add to Cart