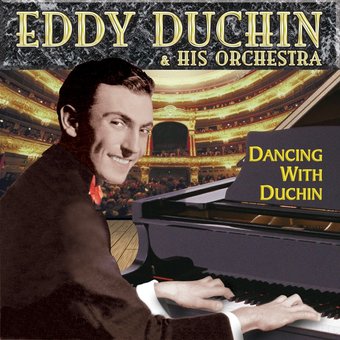 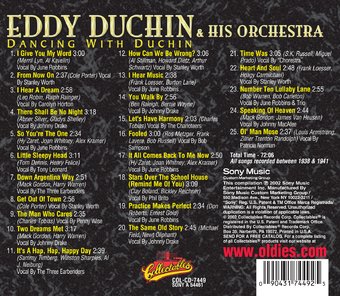 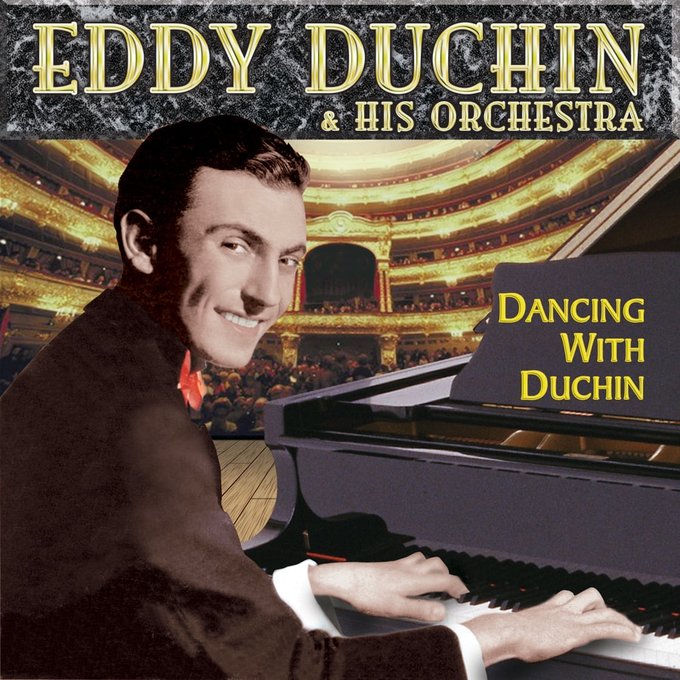 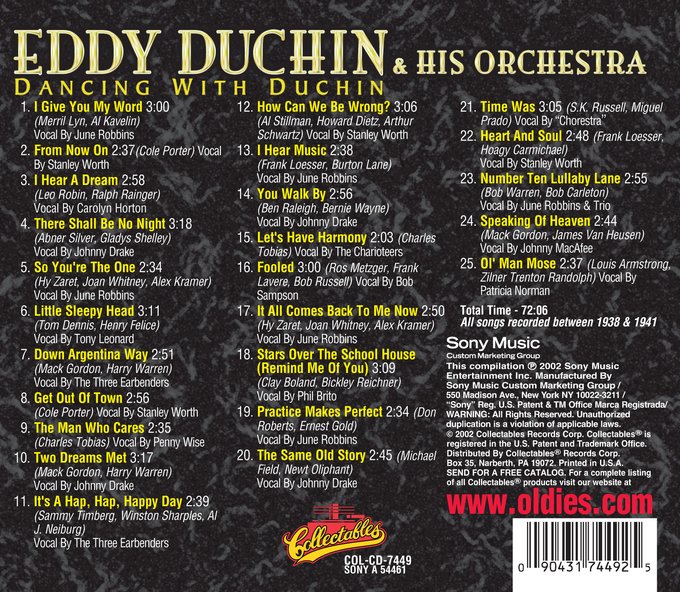 Pianist Eddy Duchin, best known for his flashy style and fabulous showmanship, mesmerized audiences in the 1930s and 1940s. Highlights on these twenty-five original recordings, from the vaults of Columbia Records,include Cole Porter's "From Now On" and Hoagy Carmichael's "Heart And Soul."

Personnel includes: Eddy Duchin (piano); June Robbins, Stanley Worth, Carolyn Horton, Johnny Drake, Tony Leonard, Penny Wise, Bob Sampson, Phil Brito, Johnny Macafee, Patricia Norman (vocals); The Three Earbenders, The Charioteers.
Eddy Duchin had his greatest recording success between 1933 and 1936 on RCA Victor Records, but he still had some mileage left when he moved to the Brunswick label in 1938, later switching to the Columbia imprint, with which he recorded until he broke up his band to enter the navy in 1942. Sony now controls the Brunswick and Columbia catalogs, and this 25-track compilation features some of Duchin's most popular late-'30s and early-'40s recordings, among them "I Give You My Word," "So You're the One," and "You Walk By," which were in the hit parade simultaneously in the winter of 1940-1941; "From Now On" and "Get Out of Town" from the Cole Porter musical Leave It to Me; "Number Ten Lullaby Lane"; and Louis Armstrong's "Ol' Man Mose." All of these hit the Top Ten on one chart or another. A light dance beat is maintained throughout, as Duchin leads the band with his melodic piano-playing, followed by a vocal refrain from one of his many singers and vocal groups. The effect is unfailingly pleasant and calls to mind the kind of hotel ballrooms where Duchin and his ensemble used to play. This is not a thorough collection of Duchin's best recordings, both because it lacks the RCA material and because there were other hits in the Brunswick/Columbia era that are not included, but it is welcome for bringing a chunk of the bandleader's recordings back into print. ~ William Ruhlmann

47%off
Carmen Cavallaro
Alone Together: The Art of the Cocktail Piano
$9.98 on Sale
Add to Cart


How nice to see these fine tunes from Duchin's Brunswick period collected here. Audio restoration (not credited! Ken Robertson?) is fantastic - like listening to mint laminated Brunswicks on the best playback system ever. Hope this sells well enough to encourage similar projects in the future (the complete Buddy Clark on Okeh/Columbia would be VERY nice - just get Ken Robertson to do the remastering!).

65%off
Tommy Dorsey
That Sentimental Gentleman (CD)
$5.98 on Sale
Add to Cart

60%off
Ginny Simms
The Best of Ginny Simms (with Kay Kyser And His Orchestra) (CD)
$5.98 on Sale
Add to Cart