Prejudice in America: Compelling Films from our Racist Past

A collection of vintage documentaries and dramas dealing with racial prejudice in your neighborhood. 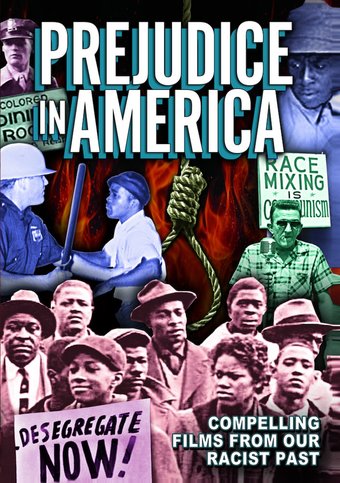 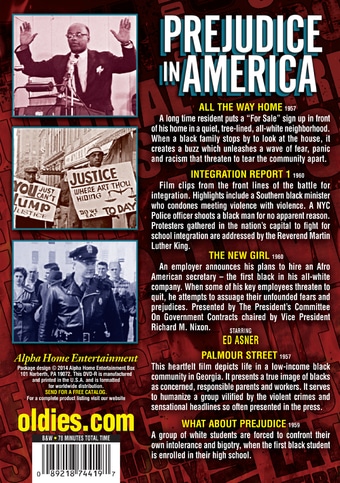 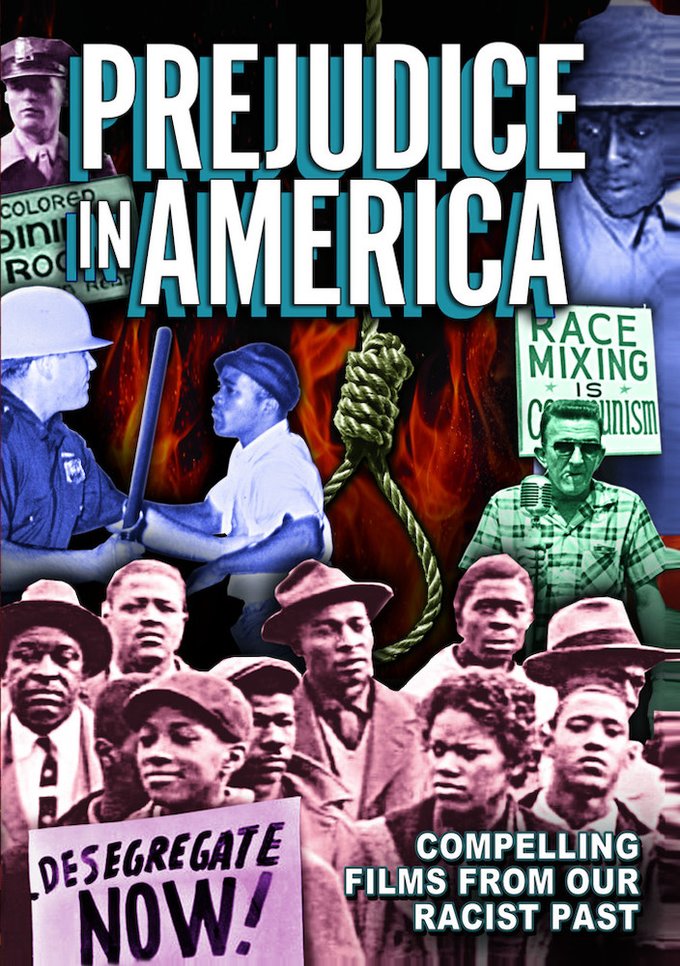 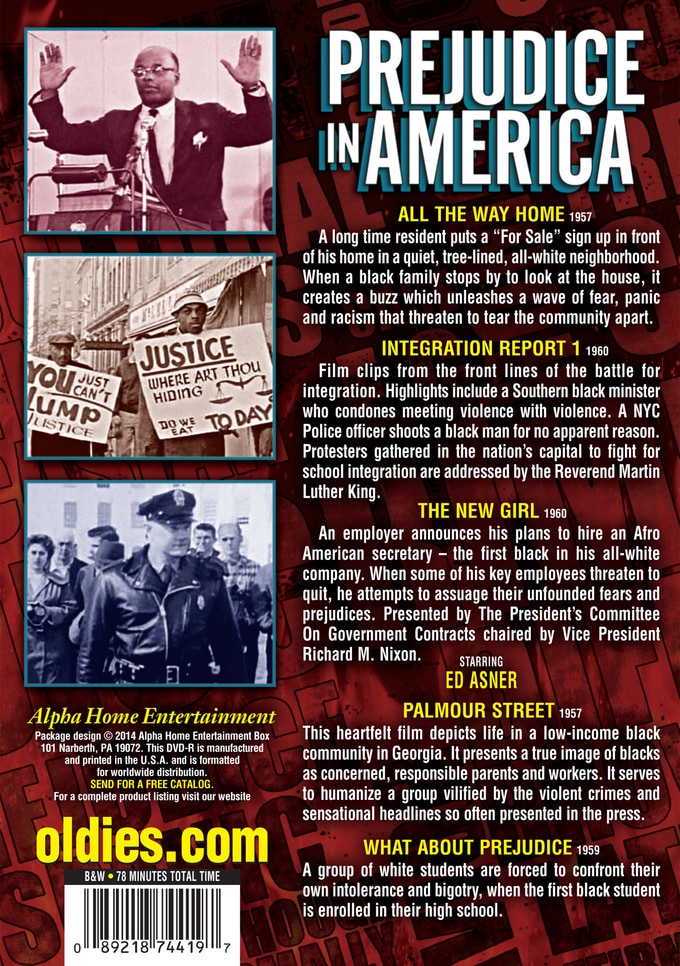 All The Way Home (1957): A long time resident puts a "For Sale" sign up in front of his home in a quiet, tree-lined, all-white neighborhood. When a black family stops by to look at the house, it creates a buzz which unleashes a wave of fear, panic and racism that threaten to tear the community apart.

Integration Report 1 (1960): Film clips from the front lines of the battle for integration. Highlights include a Southern black minister who condones meeting violence with violence. A NYC Police officer shoots a black man for no apparent reason. Protesters gathered in the nation's capital to fight for school integration are addressed by the Reverend Martin Luther King.

The New Girl (1960): An employer announces his plans to hire an Afro American secretary -- the first black in his all-white company. When some of his key employees threaten to quit, he attempts to assuage their unfounded fears and prejudices. Presented by The President's Committee On Government Contracts chaired by Vice President Richard M. Nixon. Starring Ed Asner.

Palmour Street (1957): This heartfelt film depicts life in a low-income black community in Georgia. It presents a true image of blacks as concerned, responsible parents and workers. It serves to humanize a group vilified by the violent crimes and sensational headlines so often presented in the press.

What About Prejudice (1959): A group of white students are forced to confront their own intolerance and bigotry, when the first black student is enrolled in their high school.

25%off
Perversion For Profit & Other Cautionary Tales (DVD-R)
$5.95 on Sale
Add to Cart