One of the greatest films of the silent era. Includes; bonus, rare short Charlie Chaplin and Edna Purviance in "Jitney Elopement" (1915). 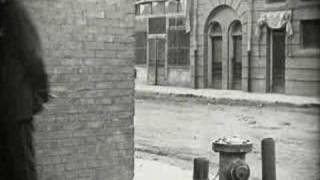 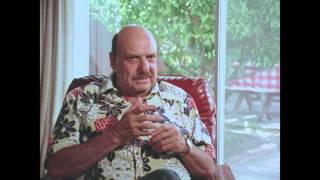 Jackie Coogan on THE KID (Featurette)

Charlie Chaplin's first full-length directorial effort, The Kid, which he also wrote, produced and starred in, is widely regarded as one of Hollywood's great enduring masterpieces. "A comedy with a smile -- and perhaps a tear," he successfully blended humor with pathos while launching the career of Jackie Coogan as the irresistible 5 year-old. Due to its cultural, historical and aesthetic significance, The Kid was selected for preservation by the Library of Congress in 2011.

Early one morning, Charlie, the little tramp, discovers an infant boy in the trash with a note imploring the finder to "love and care for," the child. Despite his limited means, he provides a loving environment and somehow manages to raise the boy to the age of five. However, when the authorities get wind of the child living in abandoned buildings with a tramp, they seize the boy. En route to the orphanage, Charlie intercepts the driver. The happy pair are reunited on the streets, as they remain one jump ahead of the law, determined that they will not be separated again. Starring Charlie Chaplin, Jackie Coogan and Edna Purviance. Written, Produced and Directed by Charlie Chaplin. Original music score Don Kinnier.

Classic | Silent | Tear Jerker | Vintage | Children | Recommended | Silent Cinema | Silent Films
This product is made-on-demand by the manufacturer using DVD-R recordable media. Almost all DVD players can play DVD-Rs (except for some older models made before 2000) - please consult your owner's manual for formats compatible with your player. These DVD-Rs may not play on all computers or DVD player/recorders. To address this, the manufacturer recommends viewing this product on a DVD player that does not have recording capability.