But I'm a Cheerleader R

A Comedy Of Sexual Disorientation. 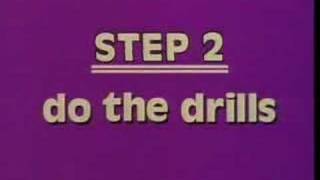 But I'm a Cheerleader Trailer 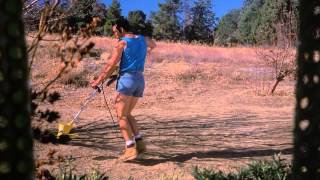 But I'm a Cheerleader - Trailer

The girls wear pink and the boys wear blue in BUT I'M A CHEERLEADER, a film billed as a comedy about sexual disorientation. Megan (Natasha Lyonne) is a happy-go-lucky cheerleading teenager in the suburbs when suddenly her fairly normal behavior (vegetarianism, Melissa Etheridge poster, reluctance to make out with her boyfriend) makes her suspect in the eyes of the community. Megan's super straightlaced parents (Mink Stole of John Waters fame and Bud Cort from HAROLD AND MAUDE), fearing that their precious "little poodle" may be a lesbian, promptly ship a befuddled Megan off to True Directions, a homosexual rehabilitation facility. Unable to take the first step required by the program--admitting that she is in fact gay--Megan butts heads with camp leaders Mary (Cathy Moriarty) and Mike (RuPaul out of drag). Soon enough, Megan finds proof of her heretofore unknown attraction to girls when she falls for Graham (Clea DuVall), a sexy tomboy and fellow inmate at True Directions. Megan's brightly colored and slightly unreal world gets even odder as an unlikely romance blossoms in the least likely of places. As Graham and Megan grow closer, the film's unique comic twists and visual stylization expose the absurd nature of society's rigid social and sexual codes and create an endearing and hysterically funny love story at the same time.

When Megan (Natasha Lyonne), a popular high school cheerleader, is accused by her family of being gay, she doesn't know how to respond. Her parents send her to True Directions, a homosexual rehabilitation camp where she does her best to please the counselors and return to heterosexuality. But when Graham (Clea DuVall) arrives, a proud lesbian who's only attending the camp to retain her trust fund, Megan begins to question all the lessons she has learned up to that point. This absurd comedy boldly connects humor with romance in a highly original fashion.

18%off
Better Than Chocolate
$12.30 Super Savings
Add to Cart