The Manhattans That's How Much I Love You

Get email alerts for The Manhattans
Available: Usually ships in 3-5 business days
Add to Cart
Add to Wishlist
Format:  CD
item number:  62674
Related products:
The Manhattans: Black Tie for $13.60
Our customers love us! 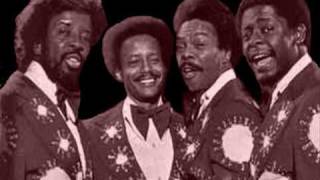 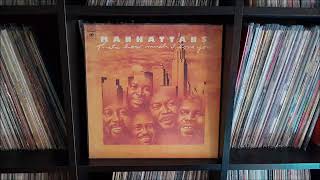 the manhattans summertime in the city (Music Video)

Personnel: Norman Harris, Bobby Eli (guitar); Ron Kersey (piano); Vince Montana (vibraphone); Earl Young (drums); Larry Washington (congas).
Liner Note Author: Alex Henderson.
Recording information: Philadelphia Sigma Sound.
The Manhattans' second Columbia album was a somewhat poorly conceived affair, combining one LP side of new recordings and a second LP side of released and unissued tracks they'd cut for DeLuxe before signing with Columbia. As those Deluxe tracks were several years old (some perhaps having been recorded even four or five years earlier), the record spanned too wide of a time frame to qualify as a wholly new (or wholly realized) effort. Certainly it's not as consistent, either in style or quality, as their 1973 Columbia debut There's No Me Without You. It was decent (though not brilliant) period early- to mid-'70s soul, however, including the Top Ten R&B (and pop Top 40) hit "Don't Take Your Love," as well as the much smaller chart single "Summertime in the City." The latter song was certainly reminiscent of the early-'70s Temptations' funk, while the former was very much a lush Philly soul-style ballad. The Philly soul path, in both its ballad and funk modes, was also followed by some of the "new" tracks, such as "Save Our Goodbyes" and the title song. While the older selections on side two have a less Philly-fied vibe, really they don't sound that out of place; "Blackbird" is much in line with the O'Jays' early-'70s recordings and both "Strange Old World" and "Nursery Rhymes" again recall the funked-out Temptations, though the covers of "Fever" and "A Change Is Gonna Come" were a little more old-school. The album was combined with its predecessor, There's No Me Without You, on a single-disc Kent CD reissue in 2004. ~ Richie Unterberger

The 5th Dimension
Playlist: The Very Best Of [Australian Import]
$7.98 on Sale
Add to Cart