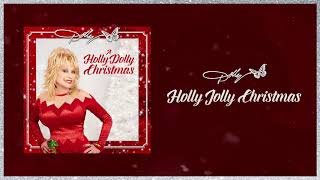 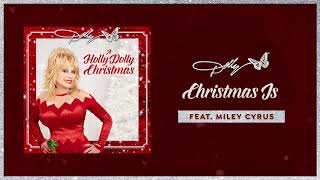 Audio Mixer: Mark Needham.
Recording information: Dark Horse Recording , Franklin, TN; Kent Wells Productions, Franklin, TN; Little Big Sound, Nashville, TN; Quad Studios, Nashville. TN; Sound Stage Studios, Nashville, TN; Velvet Apple Studios,Nashville, TN.
Photographer: Stacie Huckeba.
Given her ebullient spirit and the overall length and breadth of her catalog, it seems like Dolly Parton would -- like so many of her country peers -- have turned out a half-dozen or so Christmas albums by this point. She in fact has only two, a 1984 collaborative set with Kenny Rogers and a fairly standard 1990 album heavy on traditional carols. Returning to the Yuletide arena 30 years later, Parton is now a bona fide international icon credited in the 2019 NPR podcast series Dolly Parton's America as being a great unifier within an exceedingly divided nation. As with most things, she takes such pressures in stride, and with little left to prove offers up a heartfelt, compassionate, and joyous cup of holiday cheer on A Holly Dolly Christmas. Of course, the Johnny Marks-written Burl Ives classic "A Holly Jolly Christmas" opens the set with a typically folksy mid-song explanation from Dolly about how much she loves the song and how she eventually decided "why not do a whole album and call it A Holly Dolly Christmas." Unlike her previous holiday-themed album, Home for Christmas, this set is loaded with Parton originals, some of which are quite good. The cheerful Appalachian romp of "Christmas in the Square" is classic old-time Dolly, while the sweet Michael Bubl‚ duet "Cuddle Up, Cozy Down Christmas" has the playful spirit of a jazz standard. High-profile guests abound ranging from Jimmy Fallon (on Mariah Carey's "All I Want for Christmas Is You") and both Miley and Billy Ray Cyrus (on separate songs) to Willie Nelson (Nelson's own classic "Pretty Paper") and Dolly's younger brother Randy Parton. Stylistically, she revisits classic sounds while moving easily between contemporary country's pop and organic elements, all the while chatting and laughing with her duet partners and delivering to those who need it an undemanding and likeable Christmas album. ~ Timothy Monger