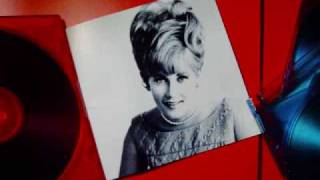 Liner Note Author: Sheila Burgel.
Arranger: Claus Ogerman.
Girl Talk, like all Lesley Gore's early albums, had a few hits surrounded by songs that were somewhat less memorable and sometimes extremely less memorable. But it was also higher in quality than many would surmise, though inconsistent. The highlights, though, were the big hits, which were both mighty fine: "Maybe I Know," her last real classically girl group-flavored smash, and the very credible Phil Spector-esque "Look of Love." There were a couple of very low-charting songs that had their nifty points: "Hey Now" saw Gore getting more into bluesy soul than she'd ever gotten before, while "Sometimes I Wish I Were a Boy" had lyrics guaranteed to appeal to lovers of camp for decades to come. Beyond those obvious tracks of note, "Wonder Boy" was a good blue-eyed soul ripoff of Martha & the Vandellas' "Heat Wave" groove, and "Little Girl Go Home" an effective downbeat piece whose arrangement had a despondent drama in the "You Don't Own Me" mold. Beyond that, the drop-off in quality was sharper, though the filler was acceptable late girl group-style stuff, and better than the filler on her earliest albums. There was also one of Gore's infrequent own compositions, "I Died Inside," a fair number that fit in well with the more lovelorn facets of the Gore gestalt. The very best of these songs are on the better and lengthier Gore best-ofs, but on its own it's actually a reasonable LP, and certainly one of her better ones. ~ Richie Unterberger